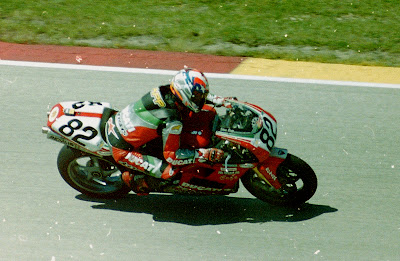 Matt Davidson from Motorcycle-USA.com was on hand and filed this race report from Barber on the XR1200 Series event:

This is a great shot from Motorcycle-USA.com of Rapp leading Fillmore in the XR1200 Series race at Barber from today.  Check out the intensity in his eyes!