AMA Pro Racing announced late last week that they have renewed another storied partnership with one of it's sponsors that will carry through the next two seasons of the AMA Pro Flat Track Grand National Championship. KYMCO USA, the official supplier of track vehicles for all AMA Grand National events, will be returning for another two season to make their involvement with the greatest racing show on two wheels in the world extend to five total seasons.

In the shot above, riders at round 14 of the 2014 AMA Pro Flat Track Grand National Championship season get ready to take their sighting lap in preparation for the upcoming 25-lap National main event at the Springfield Mile II on August 31.

You can check out AMA Pro's official press release below as we welcome back another great sponsor to The Rolling Thunder Show and shout out a big thanks to KYMCO USA for their continued participation in AMA Pro Flat Track for the coming two seasons! 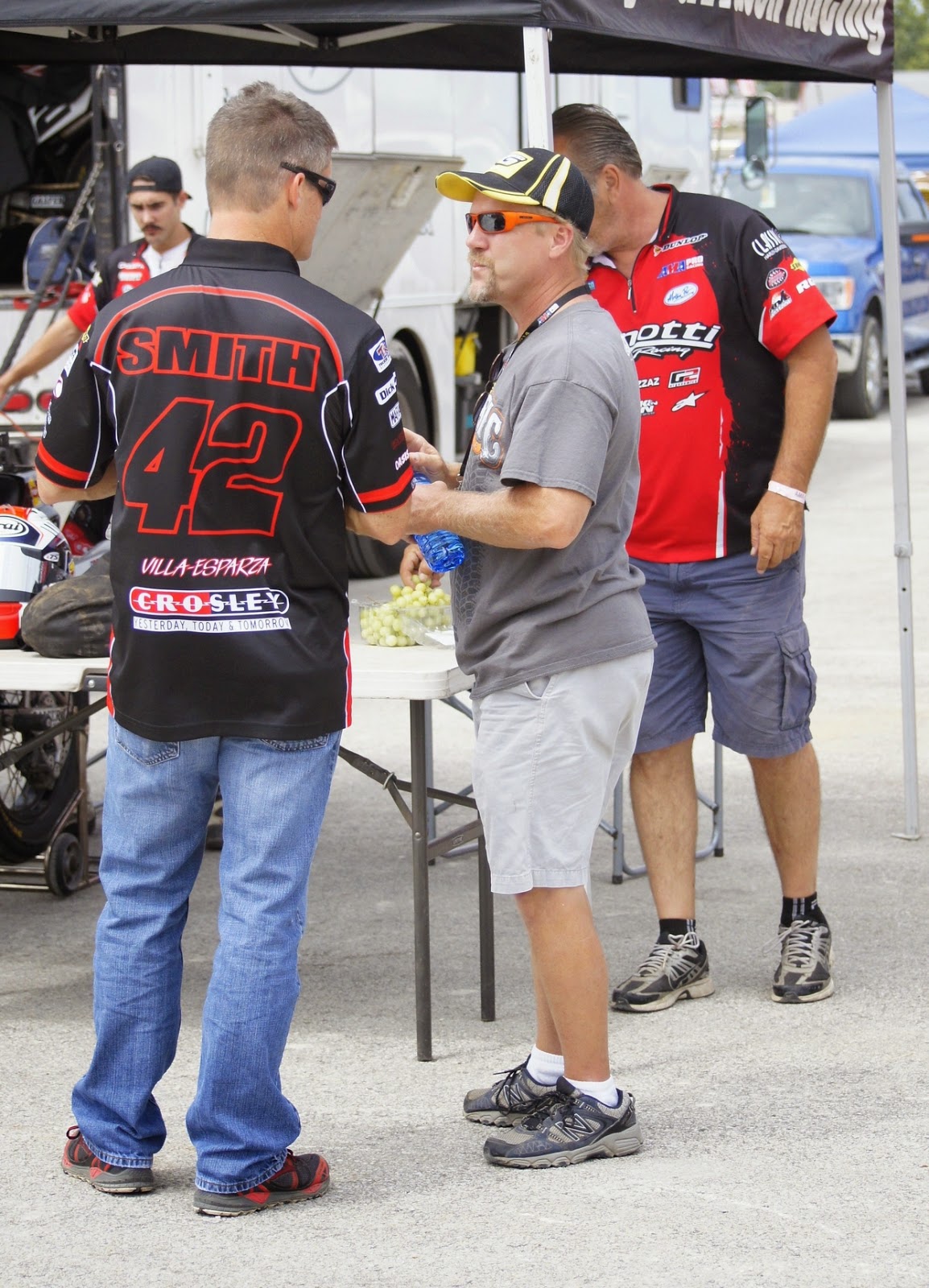 PICKERINGTON, Ohio -- February 19, 2015 -- For 74 years, Daytona Beach, Fla., has welcomed motorcyclists from around the country. This year riders will converge on the central Florida vacation hotspot between March 6-15 for 10 days of racing, rides and more to kick off the 2015 season.

Getting the action started is the first round of the 2015 GEICO AMA EnduroCross National Championship Series on Friday, March 6. For the first time ever, stars of one of motorcycle racing's most exciting shows will compete during Bike Week. The event will be held inside the Ocean Center, just a few miles from Daytona International Speedway. For tickets, see www.endurocross.com.

The following evening at the Speedway, Saturday, March 7, AMA Supercross will bring fans to their feet as stars Ryan Dungey, Ken Roczen, Trey Canard and more continue their battle for the AMA National No. 1 plate. The 250SX class will feature red-hot eastern regional competition. Ticket information is at www.daytonainternationalspeedway.com.

On Sunday, March 8, and Monday, March 9, the Ricky Carmichael Daytona Amateur Supercross returns to the Speedway for its sixth annual event. The biggest two-day amateur Supercross event on the planet features competition on the same track raced by the pros the night before. Information about the event is available at www.racedaytona.com.

Another top attraction, the first round of the AMSOIL Grand National Cross Country Series, an AMA National Championship, will be held at the Rodman Plantation in Palatka, Fla., on March 7-8. The two-day event will feature ATV racing on Saturday and motorcycle competition on Sunday. For tickets or to register to race, see www.gnccracing.com.

Dual sport and adventure riders will enjoy their fill of backcountry roads and trails at the Devil's Creek Dual Sport and Adventure Ride on March 7-8, in Brooksville, Fla. The AMA-sanctioned event is the first round of the Beta USA AMA National Dual Sport Series and the Yamaha Super Ténéré AMA National Adventure Riding Series. For information, see www.dixiedualsport.com.

Also taking place on March 7-8 is a two-day observed trials event held by the Florida Trials Association Motorcycle Club. The event is held in nearby Ocala, Fla., at the Hard Rock Motorcycle Park. For information, see www.floridatrials.net.

AMA Vintage Dirt Track National Championship Series competitors will get their season started on Saturday, March 7, in Savannah, Ga. The half-mile event takes place at Oglethorpe Speedway. The second round is Monday, March 9, in Barberville, Fla., at the Volusia Speedway Park half-mile track, and the third round is Tuesday, March 10, at the facility's short-track. All three rounds are promoted by Steve Nace Racing (www.stevenaceracing.com).

In addition, all three vintage dirt track rounds will include amateur dirt-track classes that will pay points toward AMA Major Event No. 1 plates. AMA Major Events and Series are premier AMA-sanctioned events that draw top racers from around the country.

Each round of the AMA Vintage Dirt Track National Championship Series also earns points for road riders participating in the 2015 AMA Vintage Grand Tour. Road riders participating in the grand tour earn points for spectating at AMA-sanctioned vintage races. It's free to register, and top points earners will win prizes. For a full list of dates and to register, see www.americanmotorcyclist.com/amavintagegrandtour.

In addition to the vintage and amateur events, the 2015 All-Star National Flat Track Series will take place Friday, March 6, in Oglethorpe and Sunday, March 8, in Volusia. Also promoted by Steve Nace Racing, the event will feature the sport's top amateurs and some pro class riders.

Also on March 8, amateur dirt trackers will have an opportunity to race on the Daytona Flat Track. Practice is at 11 a.m., with racing starting a half hour following practice. The event is promoted by Dave Joiner, and information is available at www.fastfridays.com.

The American Sportbike Racing Association will hold a round of the AMA-sanctioned ASRA Team Challenge Series on Sunday, March 8, at Roebling Road in Savannah, Ga. Then, on Friday and Saturday, March 13-14, the ASRA Sprint Series will take place at Daytona International Speedway. To sign up or to learn more information about competing with ASRA, see www.asraracing.com.

Pro ATV riders will get their turn on Daytona's Supercross track on Tuesday, March 10, with the 2015 ATV Supercross at Daytona. Featuring stars from the AMA Pro Racing Motocross National Championship, this inaugural event will use heat races and last chance qualifiers to seed the field of riders into a main event in each class. In addition to the pro classes, support classes are available for riders on 71cc machines up to amateur senior and vet classes. For tickets and class information, see www.atvmotocross.com.

The Daytona 200 Motorcycle Club will hold its annual AMA-sanctioned road run, the Alligator Mystery Tour, on Wednesday, March 11, in Daytona Beach. Founded in May 1943, the Daytona 200 MC is one of Florida's oldest established motorcycle clubs and recognized as Florida's oldest continually operating motorcycle club. The Alligator Mystery Tour is a guided ride through parts of Florida that most never see. Registration starts at 9:30 a.m. The $15 fee covers lunch. Learn more at www.daytona200mc.com.

On Thursday, March 12, the famed Alligator Enduro will be held in Ormond Beach, Fla. The 65-mile course is celebrating its 65th year in 2015. The enduro is running a restart format for 2015. For information, see www.floridatrailriders.org.

Dirt track competition reaches its pinnacle on Thursday and Friday, March 12-13, when the Daytona Flat Track will feature some of the closest two-wheel racing action fans will ever witness. AMA Pro Racing Flat Track's stars will thunder around the Daytona Flat Track located outside the Speedway's Turns 1 and 2. Get your tickets at www.daytonainternationalspeedway.com.

The second round of the AMSOIL Grand National Cross Country Series will take place on Saturday and Sunday, March 14-15, at Aonia Pass Motocross Park in Washington, Ga. It also will feature ATV racing on Saturday and motorcycle competition on Sunday.

The activities at Daytona Beach are just a fraction of the thousands and rides and races organized by AMA-chartered clubs and promoters each year. The best riding and racing events are part of the AMA calendar. To find an event near you, see the AMA website at www.americanmotorcyclist.com and search all events.


About the American Motorcyclist Association
Founded in 1924, the AMA is a not-for-profit member-based association whose mission is to promote the motorcycle lifestyle and protect the future of motorcycling. As the world's largest motorcycling rights and event sanctioning organization, the AMA advocates for riders' interests at all levels of government and sanctions thousands of competition and recreational events every year. The AMA also provides money-saving discounts on products and services for its members. Through the AMA Motorcycle Hall of Fame in Pickerington, Ohio, the AMA honors the heroes and heritage of motorcycling.
For more information, visit www.americanmotorcyclist.com. 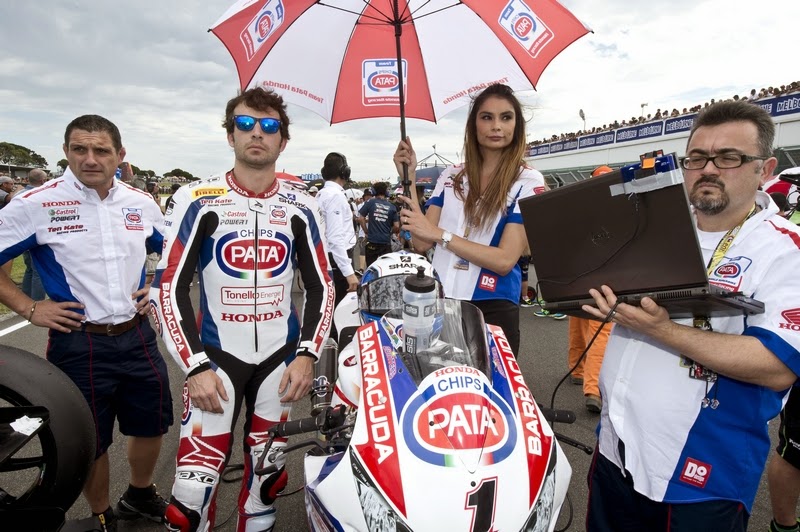 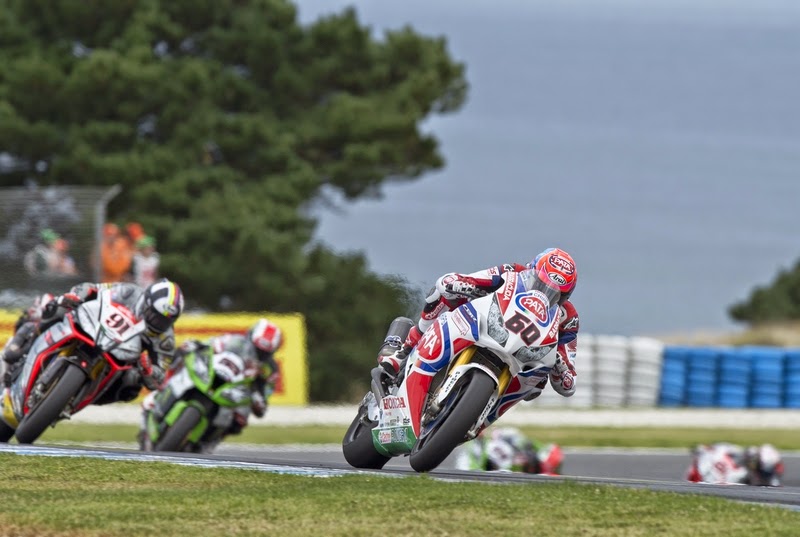 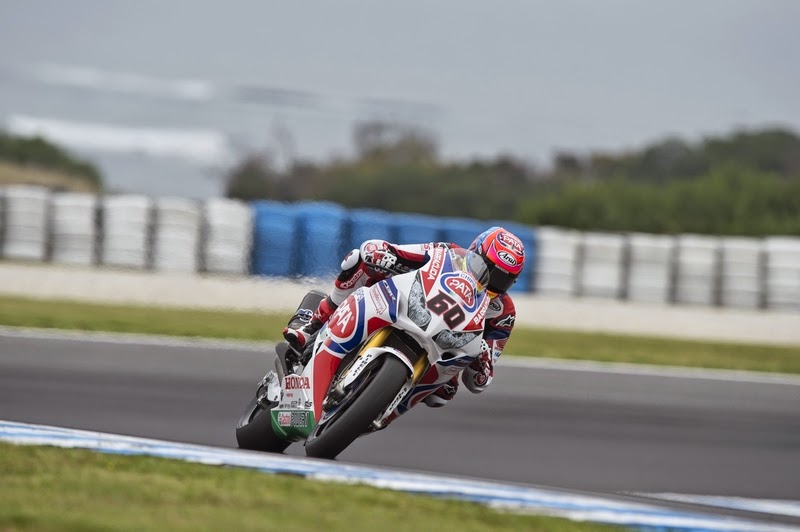 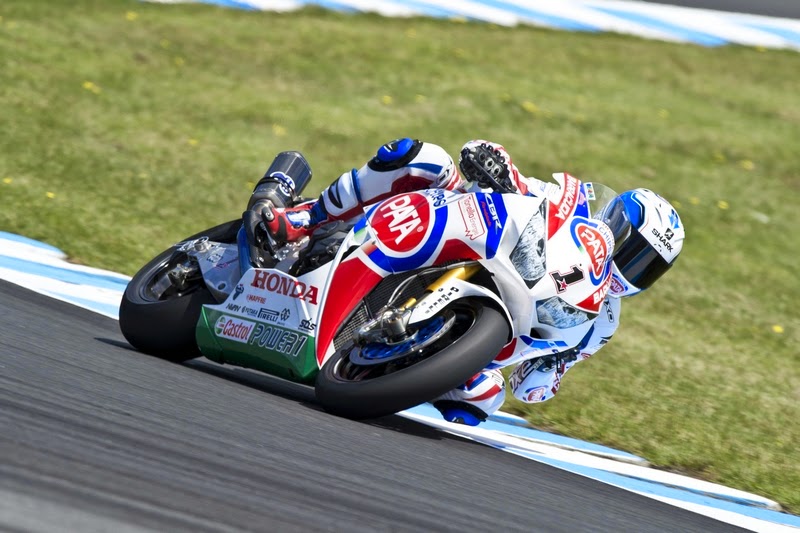 Van der Mark fourth in Superpole debut
Posted by Stuman714 in Indy at 3:12 PM No comments: