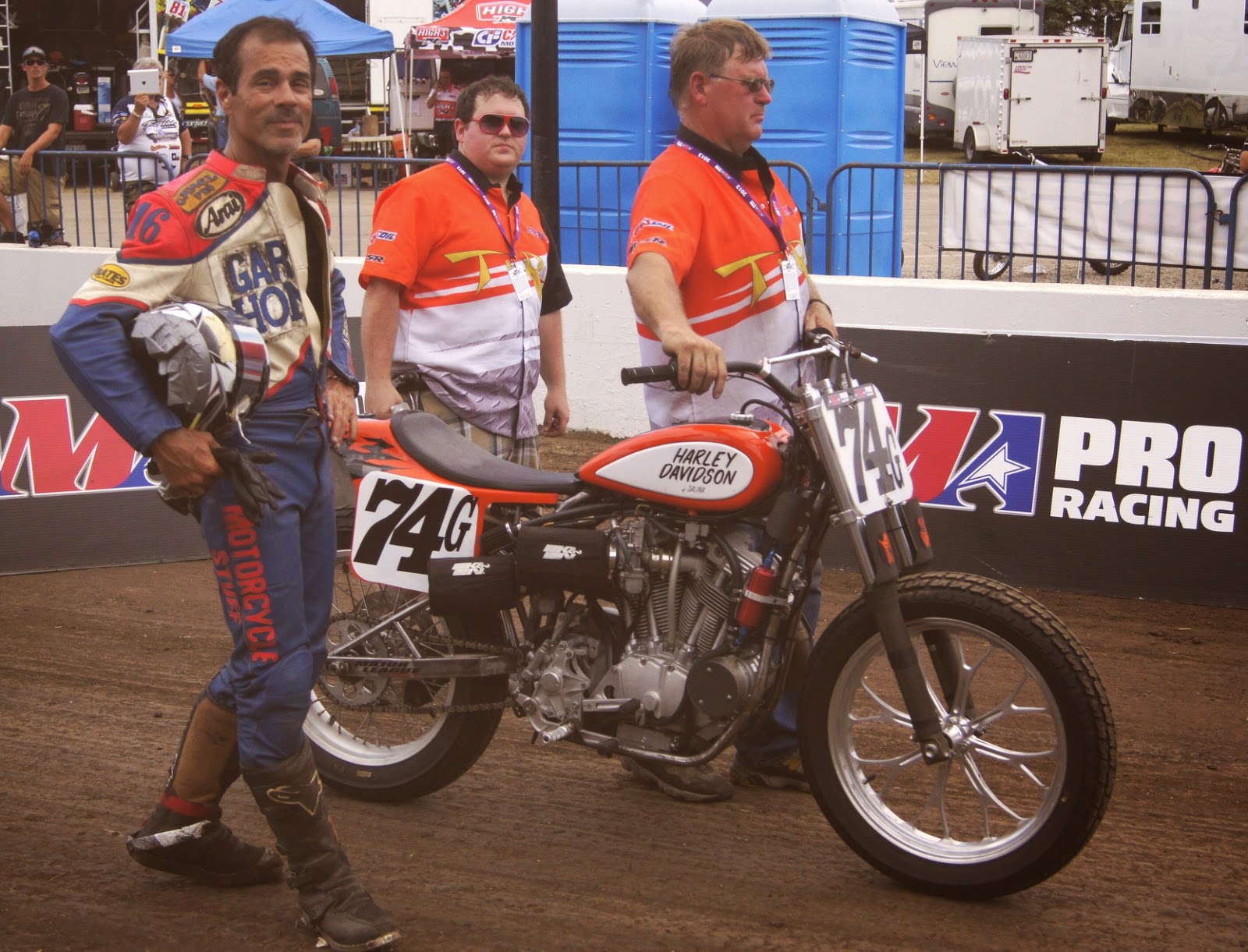 AMA Pro Flat Track announced on late Thursday that they have hired former National #16 and one of the original members of the '79 rookie of the year class, Oklahoman Ronnie Jones to the position of Senior Director of Flat Track. RJ will be taking over the position from Dan Johnsen, who announced his intentions to step aside effective on Friday, February 13. Johnsen had held the position since the beginning of the 2011 season, having taken over from original director Mike Kidd from the late part of the 2008 season after the racing rights to Pro racing had been taken over and purchased by the DMG folks out of Daytona.

RJ was one of the original people who had been interested in the purchasing and running of AMA Pro Flat Track when the rights were sold by AMA/Pickerington, OH. back in 2008, and has done some lengthy promotional work of his own in promoting the OK City Half-Mile as far back as the early '90s. The winner of 10 Nationals over the course of his career, Jones had also recently come out of 'semi-retirement' in late 2013 to compete at the Springfield Mile, where he became the oldest man to earn a spot in the 18-rider National main over the course of the Labor Day weekend doubleheader that season.

In the shot above, RJ and his #74G Harley-Davidson of Salina/Arai/Major League-sponsored H-D XR750 team head out on the track for the rider intros part of the program during round 12 of the 2013 AMA Pro Flat Track Grand National Championship season at the Springfield Mile II on September 1. Jones made his return to racing at the mecca of speed at the Illinois State Fairgrounds via a 2nd-place finish in his semi, where he went on to card a 17th-place finish, and become the oldest man to earn a spot in a National main at the ripe young age of 52. Jones was sporting the #74G number in honor of his late brother David, who was tragically killed in a racing incident at Louisville Downs in the early '80s, and even after making the field and returning to Springfield in 2014 continued to do so in lieu of earning a regular National number without the state letter behind it.

Of note--Jones was sporting his Garvis Honda Racing leathers from the days in the late'80s and early '90s when he rode for the Des Moines, Iowa-based Honda dealer. Tells you what kind of shape this guy is in to be able to comfortably sport a pair of leathers over two decades old. WOW!

We want to take the time to wish Dan Johnsen the very best in the future, as he did a wonderful job of heading up the Blue Crew of AMA Pro Flat Track over the course of the last four seasons, and was a pleasure to know and to work with over his short time in the 'hot spot' of AMA Pro Flat Track. He will be sorely missed and we appreciate everything he did for the sport and for helping Stu's Shots along the way as well.

And of course we also want to take the time to congratulate Ronnie Jones in his new tenure as Senior Director of AMA Pro Flat Track, and look forward to being able to work with one of my long-time heroes of the sport down the road.

You can check out the full press release below from the folks out of Daytona Beach as we get closer to the new season ahead with Daytona just a little over a month off!