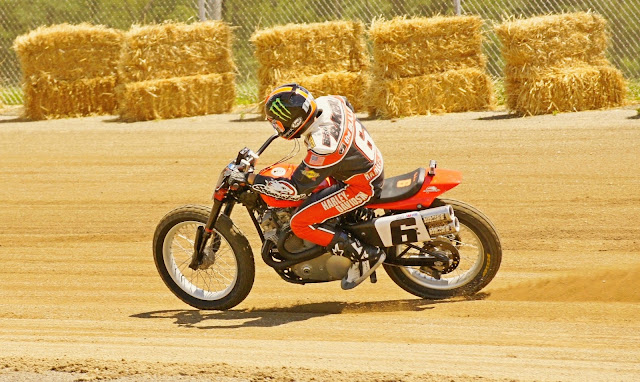 Brad Baker put in a flawless performance on Sunday, June 28 to sweep the day at the Lima Half-Mile in round 5 of the 2015 AMA Pro Flat Track Grand National Championship GNC1 presented by Vance & Hines class. From the start of the first wheel being turned in the delayed program, The Bullet never let up and went on to take fast time, win the fastest heat of the day (by just shy of 10 seconds over runner-up and new championship points leader Jared Mees, as well as by over 5 seconds faster then the next-fastest heat winner, Bryan Smith in heat #3), running away in the Dash for Cash and then going on to survive two red-flag restarts to capture the day's laurels at the Allen County Fairgrounds.

Aboard the #6 Harley-Davidson Motor Co/Screaming Eagle Performance Products/Arai Helmets/Vance & Hines-sponsored factory XR750, Baker never let up in dominating the track that he had felt from the start of the week that he would prosper at, and prosper he did. In the process, Baker moved into the 4th-place spot in the championship standings after taking his third straight top-5 of the season, and leading 22 laps of the 25-lap National main.

Sammy Halbert and Briar Bauman rounded out the podium, with new points leader Mees finishing in 4th-place and Jeffrey Carver, Jr. taking the 5th-place spot on the day after coming from the 15th spot on the grid. Former championship points leader Kenny Coolbeth, Jr. retired early in the fray due to the rough and dusty conditions, and rookie of the year candidate Kyle Johnson and former rookie of the year Jake Shoemaker both crashed out to bring out the red flag restarts.

Full results from the rain delayed event at Lima can be found here thanks to AMA Pro Flat Track, and my great traveling buddy and chauffeur, Larry Lawrence, has the full rundown of the race here in this week's edition of Cycle News.

You can also check out the press releases below thanks to AMA Pro Flat Track, which also include links to pics by AMA Pro Flat Track official photographer Dave Hoenig, and to the videos of the races on the day at Lima. 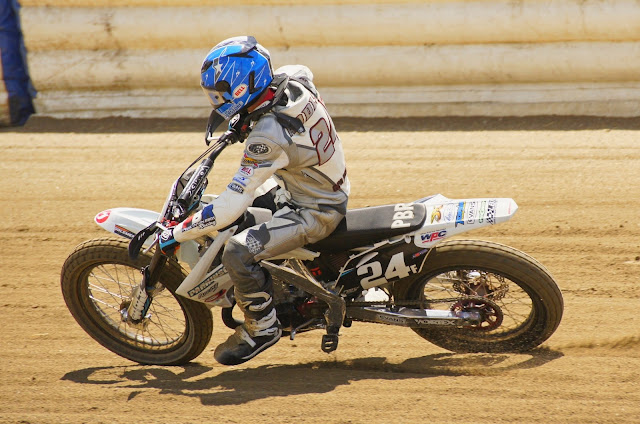