DAYTONA BEACH, Fla. (July 9, 2013) - Recent history suggests that this weekend's Buckeye SuperBike Weekend presented by Dunlop Tire at Mid-Ohio Sports Car Course will deliver both epic AMA Pro National Guard SuperBike race action on track and significant developments to this season's title fight.
Reigning triple champion Josh Hayes (No. 1 Monster Energy Graves Yamaha YZF-R1) comes into Lexington, Ohio with the hottest hand in the entire GEICO Motorcycle AMA Pro Road Racing paddock. The Gulfport, Miss. native has effectively filled the early-season hole he faced following a pair of mechanical retirements at Daytona International Speedway thanks to two consecutive perfect points haul weekends, racking up career SuperBike victories 34, 35, 36, and 37 at Road America and Barber Motorsports Park.  As a result, Hayes is poised to take command of the points chase this weekend should he assemble another flawless weekend. The Yamaha ace currently trails Martin Cardenas (No. 36 Yoshimura Suzuki Factory Racing Suzuki GSX-R1000) by just 10 points (144-133) and can guarantee that he picks up at least 13 more points than any of his rivals by once again winning pole, leading the most laps in both races, and claiming the double victory. 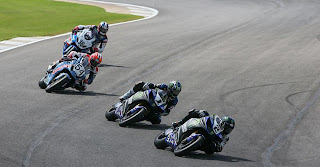