PICKERINGTON, Ohio -- May 16, 2012 --  Fans of all eras of dirt-track competition will get a special treat this Aug. 24 and 26 when the period-correct vintage race bikes of the American Motorcyclist Association Vintage Dirt Track National Championship Series converge on one of the country's most historic dirt-track venues in Peoria, Ill.

"You don't get much more classic or unique than the Peoria TT, and we are excited that the rolling thunder of the AMA Vintage Dirt Track National Championship Series will visit the famed track," said AMA Director of Racing Joe Bromley. "With two days of racing and competition in both short-track and TT, fans will get plenty of opportunity to see history come alive at Peoria."

The doubleheader event will kick off with short-track racing on Friday, Aug. 24, at the Peoria Motorcycle Speedway for round 13 of the national championship series.

"Dirt-track racing is one of the most thrilling shows on two wheels," said Steve Nace of Steve Nace Racing, which will promote the Friday night short-track event. "We're really excited to be at Peoria this weekend, and we're looking forward to a great crowd of race fans to cheer on these racers." 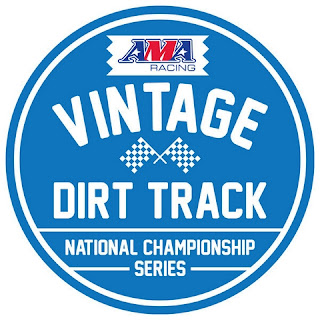 Then, on Sunday, Aug. 26, racers will compete in the historic Peoria TT.

"The Peoria Motorcycle Club, being one of the oldest and most prestigious clubs in the AMA, is proud to host the AMA Vintage Dirt Track National Championship Series at the PMC Race Track on Aug. 26," said Bert Sanders, PMC race director. "Hope to see you here."

The Friday night short-track will include several modern support classes in addition to the vintage program. The Sunday TT will include one amateur open support class that will allow modern race bikes. Contact the individual event promoters for class details.

The AMA Racing Vintage Dirt Track National Championship Series recognizes national champions in period-correct classes that reflect the storied history of AMA dirt-track competition. From the original factory Class A racing in the 1920s to the Class C production-based structure that emerged shortly after, dirt-track competition wrote much of the early history of racing in America. Today's rules are written so the class structure reflects the diverse eras of dirt track's history while avoiding non-traditional modifications that violate the spirit of a vintage meet.


About the American Motorcyclist Association

Since 1924, the AMA has protected the future of motorcycling and promoted the motorcycle lifestyle. AMA members come from all walks of life, and they navigate many different routes on their journey to the same destination: freedom on two wheels. As the world's largest motorcycling rights organization, the AMA advocates for motorcyclists' interests in the halls of local, state and federal government, the committees of international governing organizations, and the court of public opinion. Through member clubs, promoters and partners, the AMA sanctions more motorsports competition and motorcycle recreational events than any other organization in the world. AMA members receive money-saving discounts from dozens of well-known suppliers of motorcycle services, gear and apparel, bike rental, transport, hotel stays and more.

Through the AMA Motorcycle Hall of Fame, the AMA honors the heroes and the heritage of motorcycling for future generations.