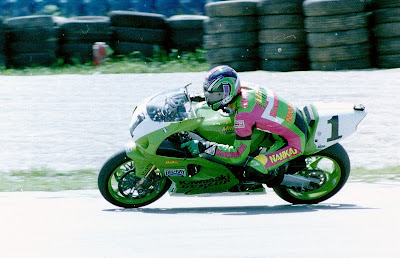 Road Racer X.com's Mark Gardiner has been doing a super job of keeping readers up to date on AMA Flat Track, green racing and riders who have disappeared from the limelight of the sport over the years. Last month he was able to catch up to 3-Time AMA Superbike Doug Chandler, who is now running his own bicycle sales and tuning shop close to his home in Salinas, CA. And just like with everything else Doug has done when it comes to equipment, it is top-notch. Mark got a chance to tour DC10's shop, and you can find the link to this great interview, with one of the all-time greats of AMA Road Racing below.