AMA Road Racing: Will Eric Bostrom be Back on a Kawasaki for 2011 AMA Superbike Championship? 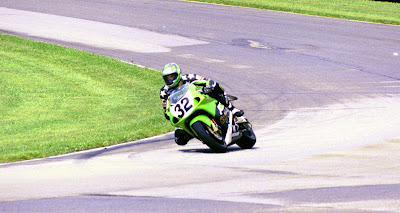 Of course, Attack fielded Suzuki GSX-R1000s for Eboz on his return to the AMA Superbike Series this year after his 18 month hiatus from racing, and Pat Clark Motorsports fielded Graves Yamahas this year for Ben Bostrom and Chris Clark. There have been too many little reports to dwell on, but to boil it all down PCM was looking for another manufacturer to team up with, thusly the tie-in with Kawasaki for the upcoming season.

Read and see more below. Obviously, this isn't written in stone yet, but the following news and event links sure point to some more solid evidence to chew on for the next few weeks!

This release from Dean Adams and his SuperBikePlanet.com talks about Pat Clark Motorsports and Ben Bostrom teaming with Kawasaki and Attack. This was posted on November 2, a couple of days before Ben actually signed to ride with Michael Jordan Motorsports on Suzuki GSX-R1000s for the '11 season, leaving PCM without a top-level, multi-experienced rider:

Then on November 13, RoadRacingWorld.com had this video of Pat Clark personnel dyno testing a new 2011 Kawasaki ZX-10R:

That same video popped up on Dean's SuperBikePlanet.com AGAIN today, and mentions Eboz had actually TESTED the bike in a WERA West event at Las Vegas over the first weekend in November:

The above short story and video mentions EBoz having already run the new Kawasaki at Las Vegas during a WERA event. The following results of the A Superstock race at Las Vegas as posted by WERA back that up. Team Shoair has been one of Eric Bostrom's sponsors this year. Although the final result is last in the class, the fact remains that he did spend some time on a new '11 Kawasaki ZX-10R at Las Vegas over the first weekend of November: