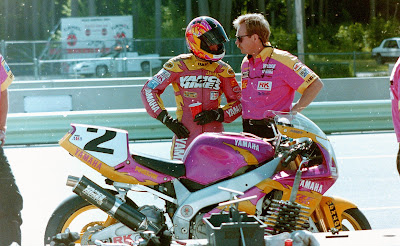 The AMA Daytona Sportbike Class now runs the Daytona 200 and the Superbike Class runs as the 'support' class over the course of the week's activities. Superbikes haven't been used in the 200 since the 2005 season, when tire-load factors became too dangerous in the premier class to run on the banking at DIS.