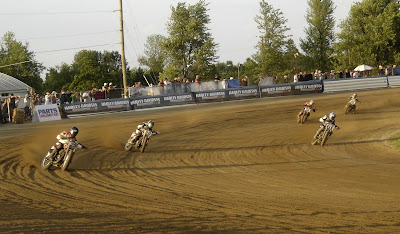 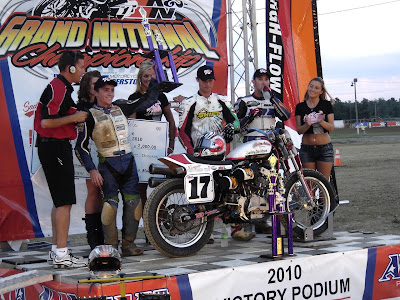 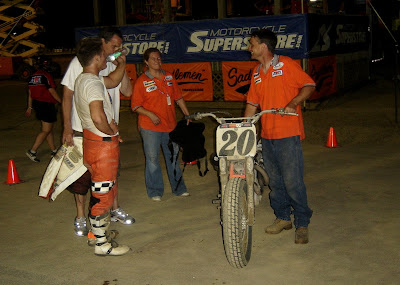 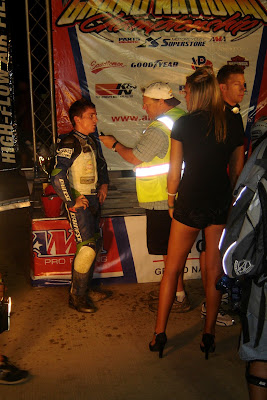 Sammy Halbert, who for the second week in a row finished second to Henry Wiles in the main event, is interviewed by Cycle News' Larry Lawrence after the victory podium festivities had wound down. One of the lovely trophy girls looks on as the AMA track announcer winds down the evenings events for the crowd. Mister Consistency is lurking in the shadows of the series and it is too early in the season to not consider him a favorite for the title. 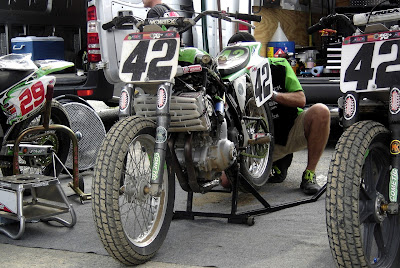 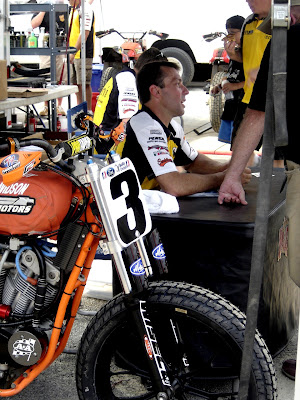 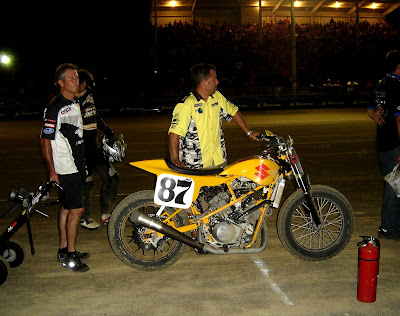 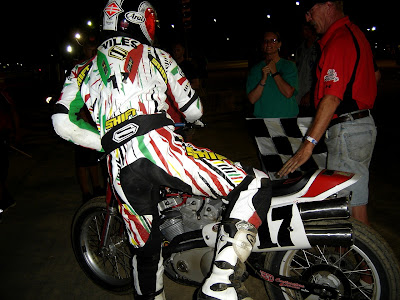 Enjoy the Lima review and we'll have more next week after the holiday.

Have a great Independence Day and remember our country while you are celebrating.