Miguel Duhamel Returning to AMA Superbike for Laguna Seca Round 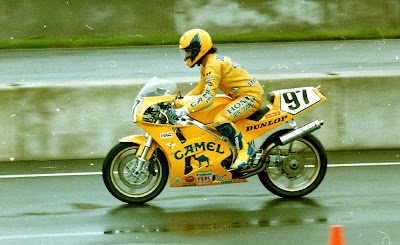 Good news to hit the motorcycle racing news pike this week is the return of 1995 AMA Superbike Champion Miguel Duhamel to the grid of the AMA Superbike round at Laguna Seca at the end of this month.
Teaming with Team Forza on a Ducati 1098R, Miguel will throw a leg over for this round in an attempt to help raise awareness for TERI Services for Children and Adults with Autism. At the time this is scheduled to be a one-off ride and any future rides, according to the press release anyway, would be based strictly on future sponsorship.

You can read this super news of Miguel's return to the AMA Superbike ranks via this press release thanks to the good folks at Moto Forza and Motorcycle.com: