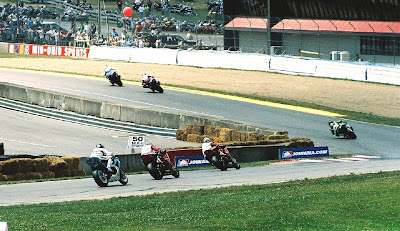 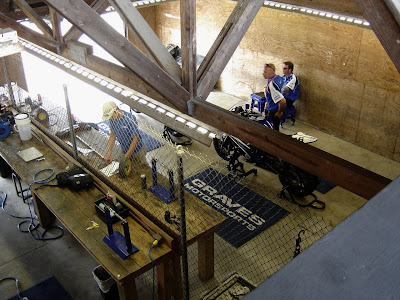 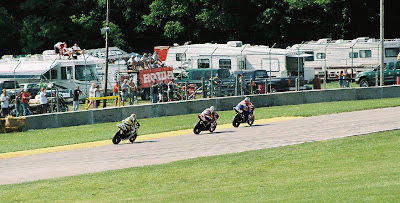 Honda Supercycle Weekend presented by Dunlop Tires is the hosting sponsor for the races that will kick off with practice sessions tomorrow at Noon EDT and continue into Saturday for race one and wrap up with race two on Sunday for the top three classes.

Links to all you need to know to follow action at Mid Ohio can be found below!

Mid Ohio has been hosting double-race Superbike rounds since the 2000 season, and this track is a great place to see a race in terms of viewing and bang-for-the-buck happenings. If you can't get excited about watching the races anywhere around this place you don't have a pulse.....

Of note for the race weekend, Eric Bostrom #32 will be returning to AMA Superbike action riding for the Cycle World/Attack Suzuki team and Doug Polen, the '91-'92 WSBK Champion and '93 AMA Superbike Champion, will also be riding a Ducati for DucShop Racing in the Daytona SportBike class. Unfortunately, Aaron Yates' leg is not mended enough for him to ride for Michael Jordan this weekend, but Canadian sensation Brett McCormick is scheduled to fill the seat of the #23 Superbike entry again after filling in for the last few rounds on Aaron's bike.
Also, #79 Blake Young is out after a massive crash in testing after the Road America round in early June, and the rider that was slated to be his replacement on the Yoshimura Suzuki squad, Josh Waters, an Australian Superbike fenom, was also injured in a testing crash a couple of weeks ago, and will not fill the seat as planned. No word if anyone will be in the seat tomorrow when first practice rolls out at 1 P.M. EDT for the Superbike class.

Lexington, OH. weather thanks to the Weather Underground:
http://www.wunderground.com/cgi-bin/findweather/getForecast?query=44904