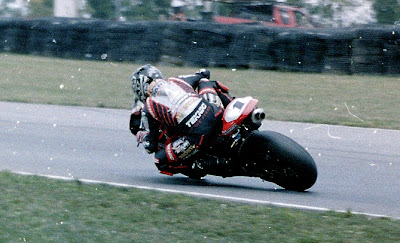 You can read the race rundown from the always excellent, and sometimes controversial Henny Ray Abrams over at CycleNews.com right here:

And here's the results thanks to AMA Pro Road Racing:

Here's Henny's rundown on the AMA Daytona Sportbike race one at Mid O:

And thanks again to AMA Pro Road Racing for the results: