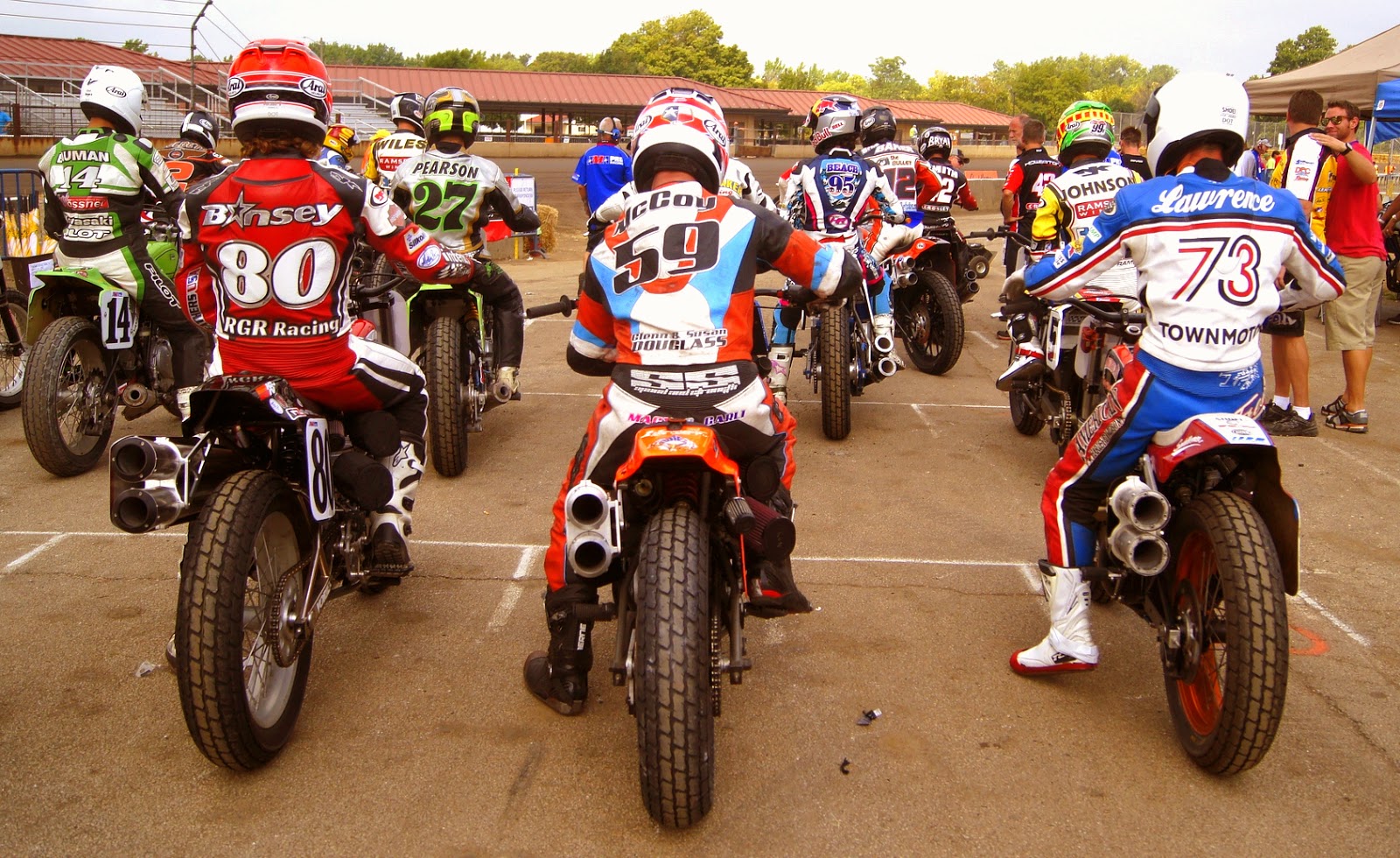 The first race of the 2014 AMA Pro Flat Track Grand National Championship season is approaching fast, and in less than 48 hours riders will be hitting the track in Daytona Beach for round 1 of the year at the Daytona Short Track. In a big announcement out of Daytona today, AMA Pro Flat Track announced that Harley-Davidson will be returning as a presenting sponsor of the Expert Twins Class that will see a total of $132K funneled to the riders in the form of contingency pay-outs for the top-8 finishing Experts in the 12-race Twins Class this year.

With sponsorship and contingency money on the thin side in all aspects of two-wheeled motor sports in the U.S., the return of Harley-Davidson to help pay some of the bills for the racers in The Rolling Thunder Show is a big shot in the arm for the greatest racing series on two wheels in the world. And while it may not seem like much, a big chunk like this will definitely help out the riders throughout the coming season.

In the shot above from round 11 of the 2013 AMA Pro Flat Track Grand National Championship season at the Springfield Mile II on September 1, riders in the first practice group get ready to storm the storied halls of the Illinois State Fairgrounds mile oval for another fast and furious day of high-speed drafting.

(L-R) On the back row, Stevie Bonsey on the #80 Zanotti Racing/RGR XR-750, 2-Time Springfield Mile winner Willie McCoy on his #59 H-D of Wausau/Independence H-D XR and Canada's own Doug Lawrence on his #73 R&J Racing/CVC Communication Agency XR. In front of this group are Briar Bauman on the #14 Werner-Springsteen/Monster Energy Kawasaki EX650, Rob Pearson on the #27 collaborative effort between Weirbach Racing and the Werner-Springsteen Kawasaki, JD Beach on the #95 TJ Burnett Farms/Red Bull Kawasaki and Jake Johnson on the #5 Lloyd Brothers Motorsports/Ramspur Winery Ducati. Seen off to the right talking are LBM team co-owner Dave Lloyd talking with Fight For Dirt Track.com's Tyler Porter.

Also seen in this shot are Kenny Coolbeth, Jr. on the #2 Screamin' Eagle H-D Motor Company XR (just in front of Bauman), Henry Wiles on the #17 Lloyd Brothers Motorsports/Ramspur Winery XR-750 (just over Pearson's left shoulder), Brad 'The Bullet' Baker on the #12 Dodge Brothers Racing/Sefnco Communications XR and Bryan Smith on the #42 Crosley Radio/Howerton Motorsports Kawasaki (both off of the right shoulder of Beach.)

As we look forward to the first race of the season in just shy of two days time, we applaud Harley-Davidson for coming back onboard to help out the racers and teams with this great contingency package and say BRAVO for doing so and a big tip of the helmet for helping out!

You can check out the full press release below from AMA Pro Flat Track as you get ready to check out the action on Thursday from Daytona Beach.