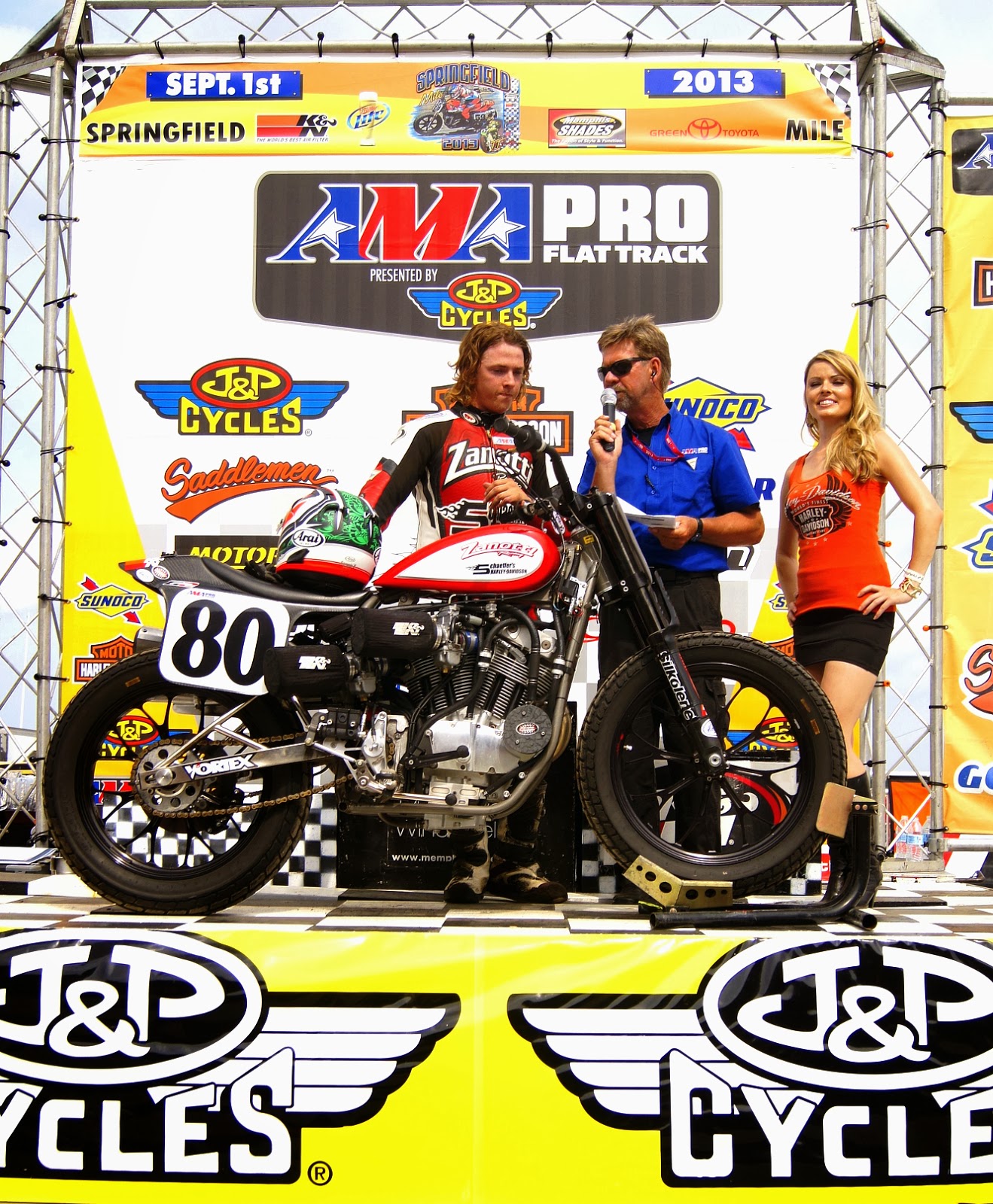 Barry Boone may best be known as half of the AMA Pro Flat Track official announcers at each of The Rolling Thunder Show's venues (and AMA Pro Road Racing events, as well), but Double B is also a very avid motorcyclist who puts in thousands of miles each year traveling to the races on a variety of equipment.

Barry started up a new venture during the off season in which he hosts a different motorcycle racing star on his new radio show 'Talking Motorcycles with Barry Boone,' and his show tonight is sure to grab the attention of any and all riders, racers and enthusiasts as he hosts his show tonight from Daytona Beach where he will have some of the stars of the series he announces on hand to help kick off the new racing season that is upon us.

Tonight's show includes 3-Time AMA Pro SuperBike Series Champion Josh Hayes, 2013 AMA Grand National Champion Brad 'The Bullet' Baker along with a handful of other racing greats that will descend upon the Daytona International Speedway and the Daytona Short Track tomorrow in what is considered the grand daddy of them all of season openers.

In the shot above, Barry can be seen announcing semi race #2 winner Steve Bonsey at the Springfield Mile II round of the 2013 AMA Pro Flat Track Grand National Championship on September 1. Bonsey had just taken the #80 Zanotti Racing/RGR Harley-Davidson XR-750 to the win at the Illinois State Fairgrounds mile oval qualifying race. 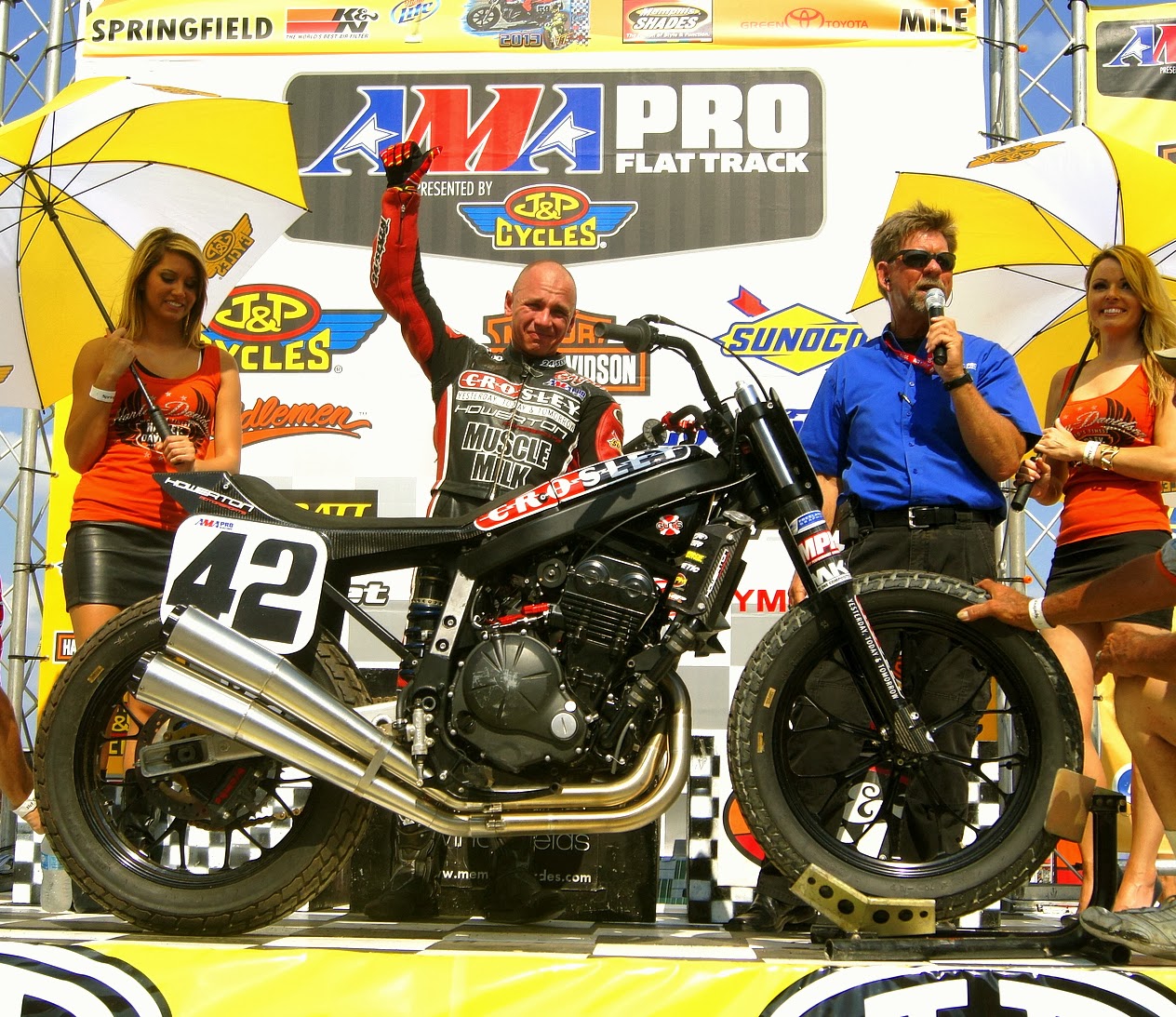 And in another shot from the Illinois State Fairgrounds mile oval, Double B can again be seen talking the crowd up after Bryan Smith had just taken the #42 Crosley Radio/Howerton Motorsports Kawasaki to the win in semi race #2 the day previously at the Springfield Mile I event on August 31.

Tonight will be the night for sure to be tuning in to check out what Barry and his list of esteemed and go-fast racers have to say as they get ready to hit the tracks tomorrow in what is sure to be a grand event in Daytona Beach. With the Daytona Short Track hosting the stars of AMA Pro Flat Track tomorrow and Friday, March 14 for rounds 1 & 2 of the 2014 AMA Pro Flat Track Grand National Championship, and the high speed road course at Daytona International Speedway hosting the stars of AMA Pro Road Racing in the kick off to the new year of speed.

You can check out all of the particulars below in Barry's press release, which also includes the link to go to in order to tune in tonight for what will surely be a fun time with Barry, fellow AMA Pro Flat Track announcer Scottie Duebler, Mister Daytona himself, Scott Russell, and a bevy of other stars of the sport. Don't miss this one as it will be moving ultra fast! 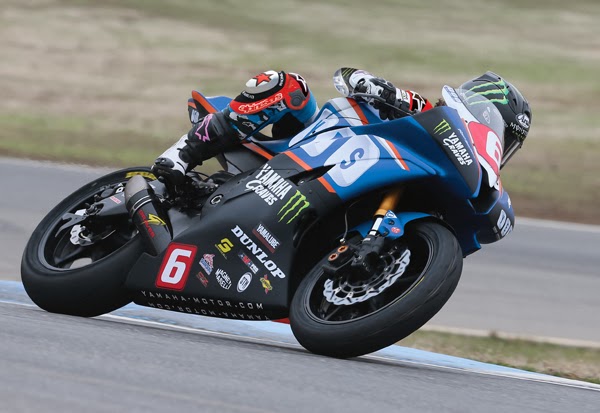 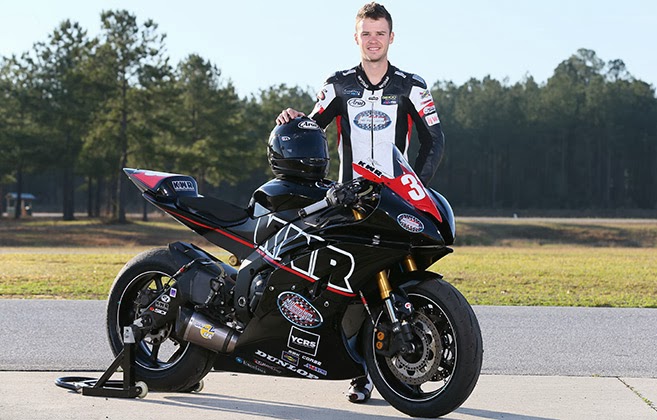 Wyman will compete on the No. 33 Kyle Wyman Racing Millennium Technologies Yamaha YZF-R6.

About Barry Boone:
Barry is a touring motorcyclist with over a million miles of street riding under his helmet.


He's also the voice of AMA Pro Road Racing and AMA Pro Flat Track and a third generation motorcycle enthusiast. His12 years of radio experience combined with his knowledge of motorcycling and racing makes for the perfect combination and the perfect host for Next Moto Champion's new addition to their line-up of internet radio talk shows.
Posted by Stuman714 in Indy at 5:45 PM