2014 Daytona 200 Week: Endless Entertainment On and Off the Track

DAYTONA BEACH, Fla. (March 7, 2014) - There will never be a dull moment for biker enthusiasts throughout the 2014 edition of Daytona 200 Week with thrilling motorcycle events and endless entertainment at the "World Center of Racing." 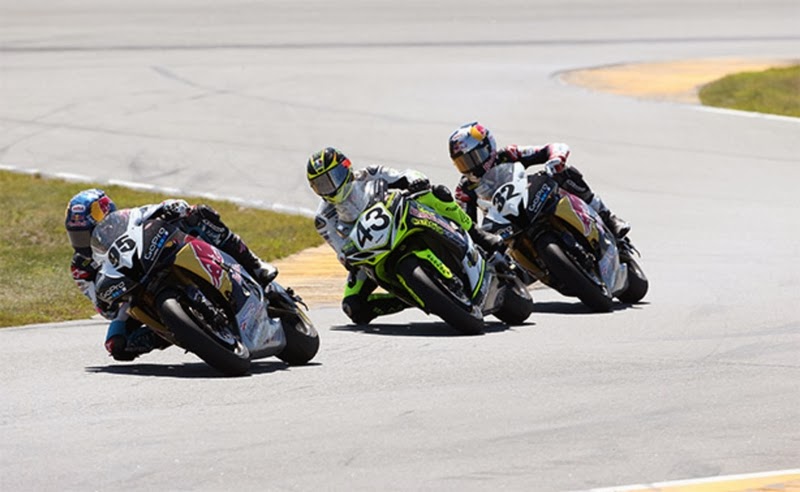 JD Beach on the #95 RoadRace Factory Yamaha YZF-R6 leads James Rispoli on the #43 National Guard/Celtic Racing Suzuki GSX-R600 and Jake Gagne on the #32 RoadRace Factory Yamaha during the 2013 Daytona 200 in March of last year. DIS and AMA Pro Road Racing have released a schedule of activities leading up to this year's Daytona 200 scheduled to get the green flag on Saturday, March 15. AMA Pro Road Racing photo by Brian J. Nelson.
Daytona 200 Week, which runs Friday, March 7 through Saturday, March 15, is packed full of fan activities including:

For more information on the activities off the track during Daytona 200 Week, visit www.daytonainternationalspeedway.com or call 1-800-PITSHOP.