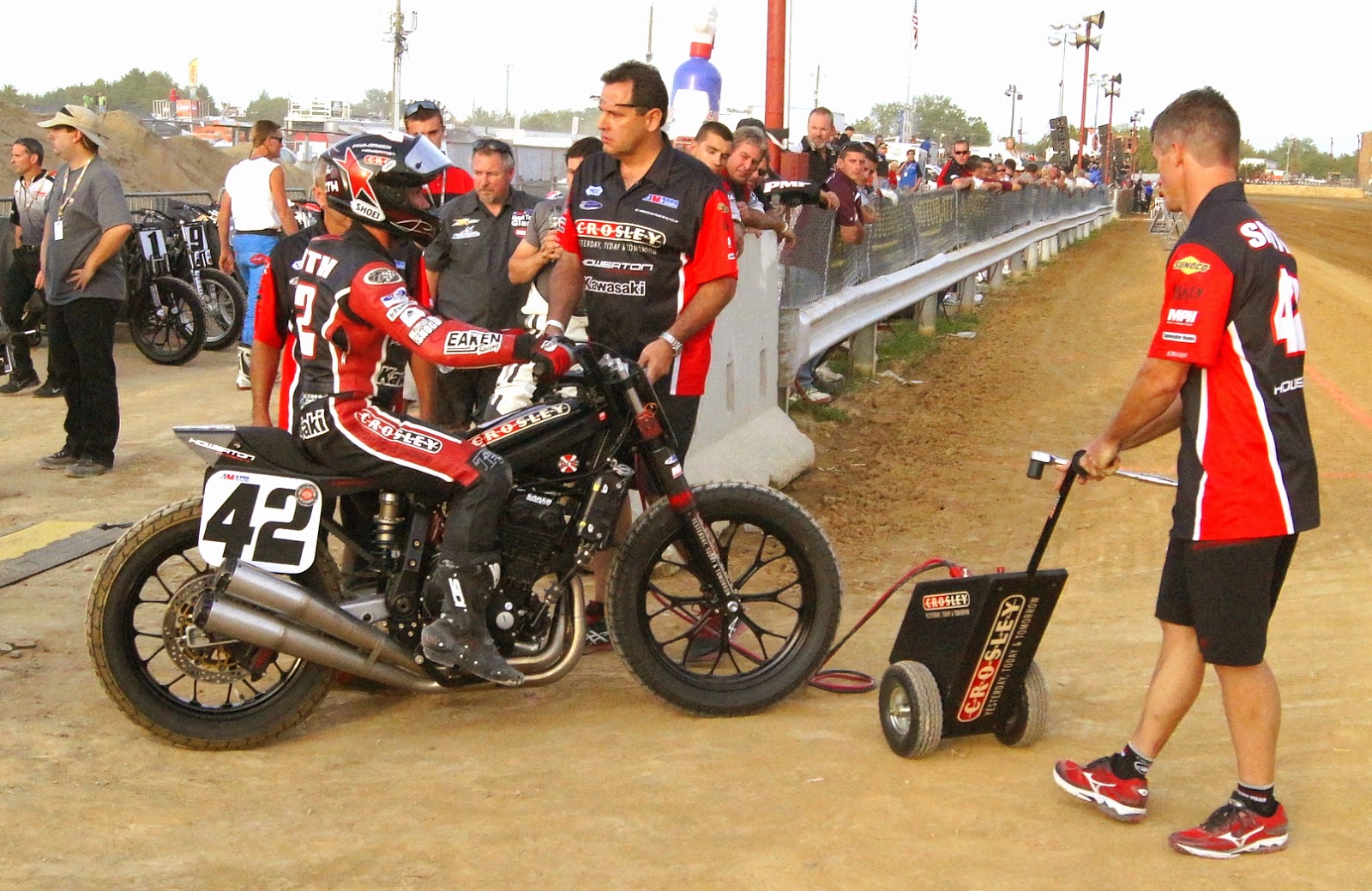 Sad news from the west coast comes from the Bob Belino-helmed Circle Bell Motorsports folks, as they have announced the cancellation of the July 26 Sacramento Mile due to issues with the local horse racing industry and it's issues regarding track conditions.

With the news of the loss of what would have been round round 8 of the 2014 AMA Pro Flat Track Grand National Championship season, the series' schedule will now consist of 15 rounds for this year. The next event scheduled is the Springfield Mile I on May 25 over the Memorial Day weekend.

In the shot above, Bryan Smith gets ready to roll out for his heat race on the #42 Crosley Radio/Howerton Motorsports Kawasaki at the Indy Mile in round 10 of the 2012 AMA Pro Flat Track Grand National Championship on August 18, with the help of team stooge Jeff Gordon and team owner Rick Howerton (manning the starter box.) Smith's Dad, Barry, can be seen just behind Bryan on the #42 rocket. 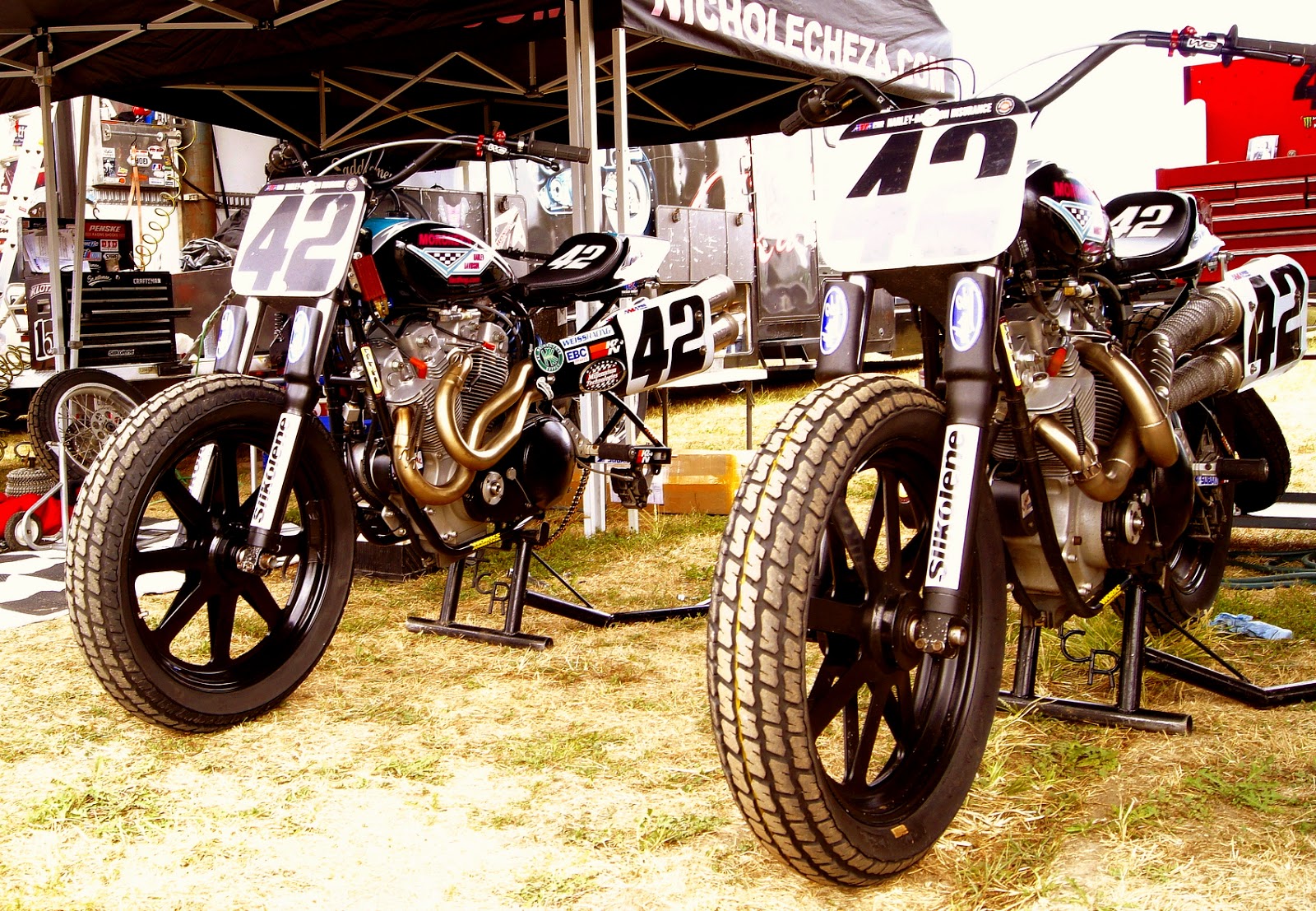 Before joining up with the Howerton team for the 2012-2013 season, Smith and his Dad, Barry campaigned the #42 Moroney's FastHog.com/American H-D-backed XR-750s to win the Sacramento Mile in July 2011, making it three wins in-a-row for the Flint, MI. native.

In the shot above, Flyin' Bryan's lethal and pristine pair of #42 Moroney's FastHog.com/American H-D-backed XRs sit in the pit area undergoing preparation by his father, Barry at the Springfield Mile II on September 4, 2011.

This is a sore hit to the gut for not only the loss of this great event overall, which always draws a great crowd thanks to the great work done by the Belino squad on the left coast, who do a fantastic job of promoting the majority of the west coast events, but also due to the loss of one of what would have been four west coast events on the 2014 schedule. And the Sacto Mile has been one of the big mainstays on the series' tour for some time, and always seems to draw a great crowd.

You can read the official press release from Circle Bell below, courtesy of AMA Pro Flat Track.