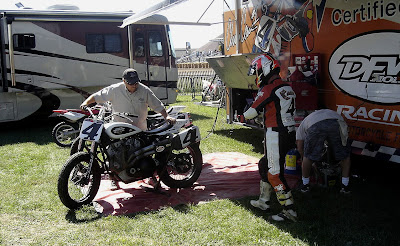 And here's Larry's interview with Chris Carr as it appeared on Cycle News.com late last Friday:

This was the original story/link as posted over at the Flat Track.com forum. You can tell from the different responses just how popular this man is:

And here is a short video of Chris setting the land speed record a few years ago on Dennis Manning's Streamliner at Bonneville: