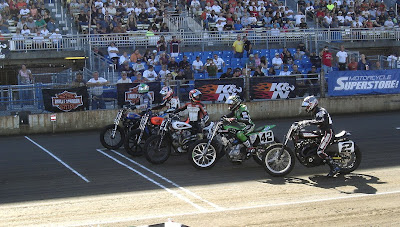 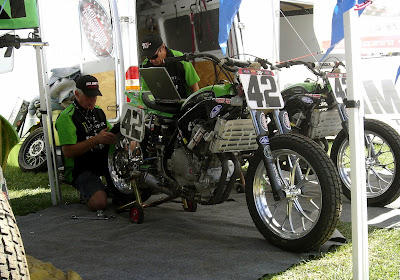 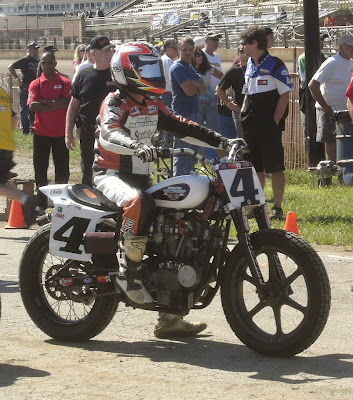 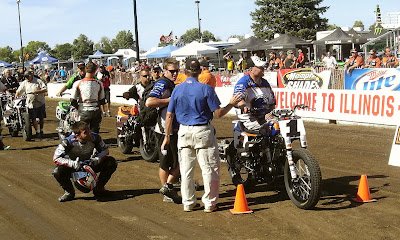 Jared Mees does some knee bends just before rider intros at the Springfield Mile yesterday as his #1 Rogers Lake Racing/Blue Springs H-D/Rockysonline.com/Lucas Oil/Rod Lake-sponsored XR750 sits ready to go. AMA Flat Track Manager Mike Kidd talks with his crew just before the pole sitter is introduced to the crowd for the main event of round 14 of the AMA Pro Flat Track Series 2010 season. Mees had pole choice based on his fastest heat race 2 win over Chris Carr. The defending Twins Champion qualifed 11th after running fourth in practice, got second to Carr in the Dash and rounded out the podium with a fine run to third, coming up just .096 seconds back from winner Bryan Smith.
Jared now lies fourth overall in the championship hunt and is actually tied for third with Sammy Halbert #7 at 228 points, but Slammin Sammy holds the nod over Jammin Jared due to his season-opening short track win at Daytona. But you never count a defending champ out in the season hunt and The Jammer always runs strong on the miles (not that he doesn't on the other tracks) and with two mile tracks left on the schedule you can pretty much count on him having a very strong run in the season's final events.
------------------------------------------------------------------------------------------------- 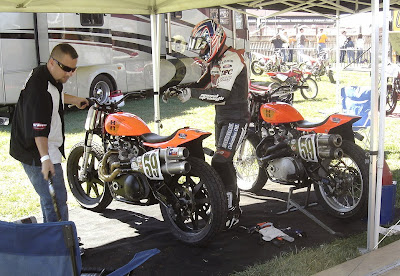 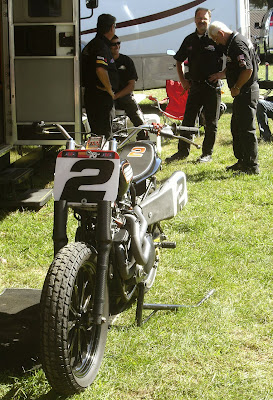 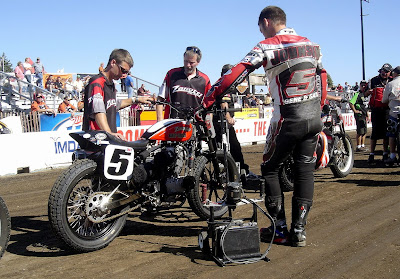 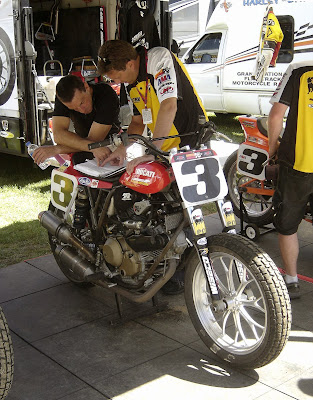