DAYTONA BEACH, Fla (June 26, 2013) - AMA Pro National Guard SuperBike superstar Josh Hayes furthered his recent run of excellence with a second consecutive perfect points haul weekend at Barber Motorsports Park for the Triumph SuperBike Classic presented by America's First Federal Credit Union.
Monster Energy Graves Yamaha's reigning triple champion has made serious inroads to his early-season points deficit and in shockingly quick fashion; just one more weekend like his last two and Hayes will move atop the 2013 championship standings, only three rounds removed from his Daytona double disaster.  In Birmingham, Hayes once again demonstrated why he's the dominant force in GEICO Motorcycle AMA Pro Road Racing, registering another near-flawless performance, despite facing some rather significant obstacles that stood between him and those 63 available points.  After locking down his 25th career pole on Saturday morning (handing him sole possession of second on the all-time order ahead of fellow three-time champ Ben Spies), Hayes and second-qualifier Roger Hayden (National Guard Jordan Suzuki) crept forward ahead of the lights.  Their early jumps directly led to the similar infractions of Foremost Insurance Pegram Racing's Larry Pegram (lined up behind Hayden), M4 SportbikeTrackGear.com Racing's Chris Ulrich (also on the right side of the grid), and LTD/Neyra Racing's Huntley Nash. 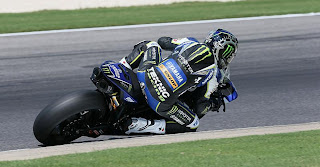 Meanwhile, former SuperSport standout Huntley Nash decided to shift his focus away from AMA GoPro Daytona SportBike in order to concentrate on the premier AMA Pro National Guard SuperBike class in Birmingham.  Nash had a couple difficult outings but is excited about his future prospects in National Guard SuperBike:  "I wasn't really happy with the way this race went from my standpoint as a competitor.  I was looking to be higher in the results, maybe into the top ten, and show what we can do.  I wasn't really happy with my riding and I felt like I needed to be more aggressive.  This track is tough on a Superbike and we were fighting the grip level out there.  Having said that, we made good progress with the Neyra Racing Kawasaki this weekend.  We were able to improve the bike under braking and continued to try some things with the suspension.  The team worked really hard and I'd like to thank Justin, Gary, and the crew.  This is a very promising project and we're looking forward to giving it another shot in Ohio."
The rolling Hayes will look to make it six straight wins and move into the championship lead when the 2013 GEICO Motorcycle AMA Pro Road Racing season resumes at Mid-Ohio Sports Car Course in Lexington, Ohio, on July 12-14 for the Buckeye Superbike Weekend presented by Dunlop Tire.
Next Up
The 2013 GEICO Motorcycle AMA Pro Road Racing season will resume on July 12-14 at Mid-Ohio Sports Car Course in Lexington, Ohio for the Buckeye Superbike Weekend presented by Dunlop Tire.  For tickets and more information regarding the event, please visit http://www.midohio.com/Schedule/Buckeye-Superbike-Weekend-2013.
This season's GEICO Motorcycle AMA Pro Road Racing action is being broadcast on CBS Sports Network as part of the CBS Sports Spectacular.  Fans can find CBS Sports Network on their TV by using the channel finder at http://www.cbssportsnetwork.com/channel-finder.
In addition to the live broadcasts on CBS Sports Network, AMA Pro Live will be live streaming multiple channels of behind-the-scenes video of the weekend's activities alongside Live Timing & Scoring.  AMA Pro Live puts fans in the director's chair, allowing them to choose from a variety of viewpoints including track cameras, paddock cameras and a press conference channel at http://www.amaprolive.com.
Stay connected with GEICO Motorcycle AMA Pro Road Racing on social media at http://twitter.com/AMAProSBK and http://www.facebook.com/AMAProRoadRacing.