BIRMINGHAM, Ala. (June 21, 2013) - Friday's AMA Pro National Guard SuperBike provisional qualifying for the Triumph SuperBike Classic presented by America's First Federal Credit Union may have delivered a familiar result, but a closer inspection shows how fragile the status quo could be this weekend at Barber Motorsports Park.  Monster Energy Graves Yamaha's Josh Hayes boasts an unblemished qualifying session record so far this GEICO Motorcycle AMA Pro Road Racing season and he extended that streak today.  However, he did so narrowly, lapping just 0.095 and 0.137 seconds quicker than Martin Cardenas (Yoshimura Suzuki Factory Racing) and Roger Hayden (National Guard Jordan Suzuki), respectively.
Moreover, earlier in the day, Hayden actually snapped Hayes' run of topping every National Guard SuperBike practice session by setting the pace in the Friday free practice.  Still fighting his way back from the championship deficit that resulted from a pair of Daytona DNFs, Hayes could brighten his prospects for a record-setting fourth consecutive National Guard SuperBike title considerably with another perfect points haul weekend.  However, the form of title leader Cardenas, Hayden, and others suggest that the Mississippian is going to have to work for it this weekend.  Hayes' best lap of 1:25.889 was a touch slower than his provisional time of a year ago (1:25.696).  The champ expects to improve on Saturday and has proven time-and-time again his ability to maintain his pace for the entire race distance, which frequently proves the decisive factor, especially at hot and physical circuits like Barber Motorsports Park. 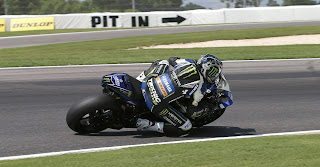