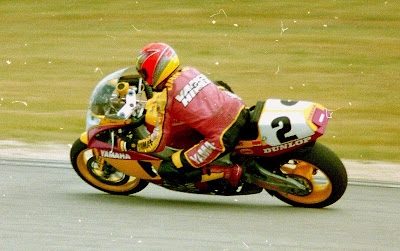 Jamie 'The Rajun Cajun' James, known better to some as the 1989 AMA Superbike Champion, will be the grand marshall this weekend for the 11th Annual All Star Ride that serves as a fund raiser for the Duke Children's Hospital in Raleigh, N.C.

James, one of the most popular people on and off the track to ever throw a leg over an AMA Superbike rocket, has been involved with several projects over the years with Yamaha and also while running a race school that was based out of Barber Motorsports Park in Leeds, AL. I haven't heard much in the recent past about Jamie, but being as he is one of my all- and long-time favorites from the AMA Superbike Series I wanted to put this up. That and I needed a reason to post one of the boat load of pictures I have of one of the all-time heroes of AMA Superbike and one of the all-time nice guys of the sport.

Here's the official press release on the All Star Ride as posted by the great folks over at RoadRacingWorld.com:

And here is the basic contact and event info for the All Star ride for Saturday, August 21:=