Santa Fe Springs, CA, January 6, 2014 - Having completed its fourth consecutive season in AMA Pro Road Racing, the Vance & Hines Harley-Davidson Series has consistently produced some of the closest and most thrilling race action in the paddock, thanks to a format that places emphasis on rider talent and racecraft.
The spec format of the Harley-Davidson Series based on the Harley-Davidson XR1200 motorcycle not only maintains a level playing field for its competitors, but with a rules package that is restricted to minimal modifications, it also remains the most affordable class to compete in at the national level. 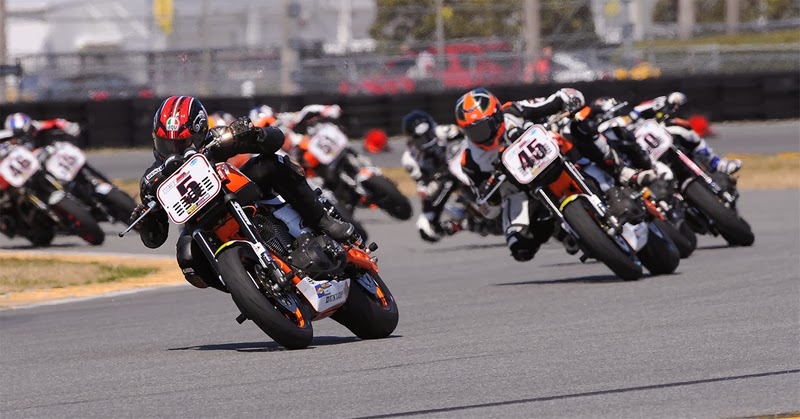 
AMA Pro Road Racing is the premier motorcycle road racing series in North America and is universally regarded as one of the most competitive road racing organizations in the world. The 2013 schedule consists of nine rounds of competition on the country's finest road courses. The Series is comprised of four production-based classes: AMA Pro National Guard SuperBike, AMA Pro GoPro Daytona SportBike, AMA Pro Motorcycle-Superstore.com SuperSport and the AMA Pro Vance & Hines Harley-Davidson Series. Learn more about AMA Pro Road Racing at www.amaproracing.com/rr/.
Posted by Stuman714 in Indy at 12:35 PM