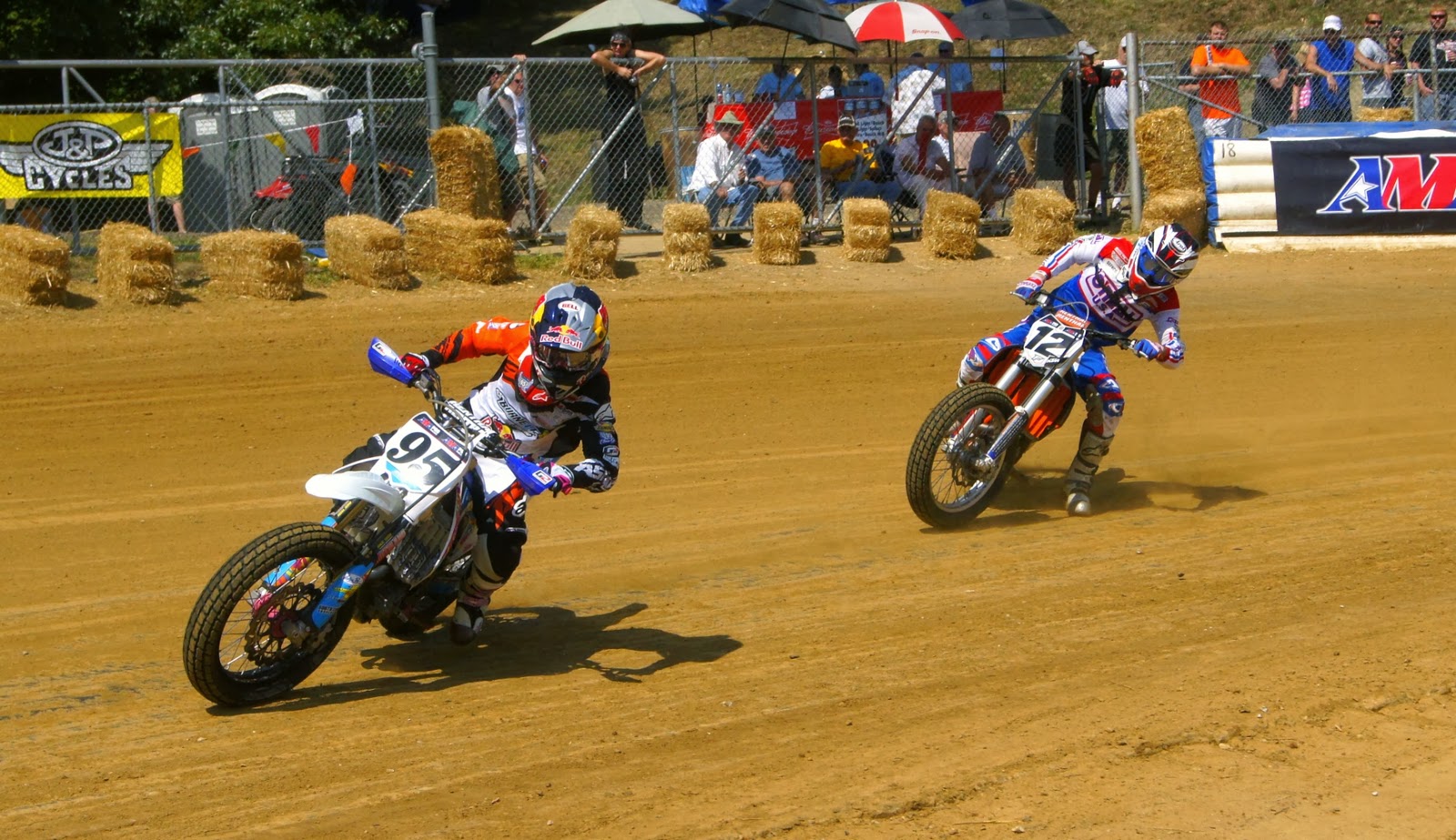 The event, which was originally launched in 1979 and has seen numerous European racers and American racers alike compete in Europe to throngs of fans wanting to see what America knows as real flat track races. Kenny Roberts, Randy Mamola, John Kocinski, Rich Oliver, Colin Edwards and a host of other American champions have competed in the event throughout the years.

2013 AMA Grand National Champion Brad Baker was invited to the event several weeks ago by 2013 MotoGP World Champion Marc Marquez after a flurry of writings and 'suggestions' by Backmarker and Riding Man's Mark Gardiner realized the lack of U.S. representation would make the event not only look empty, but without a true world flat track champion to compete against the strong European contingent. Gardiner is on hand in Barcelona covering the events as they happen.

Baker, who flew into Spain earlier this week for his first outing outside the United States, out paced all comers during early practice sessions by just over .62 seconds. Decatur, TX. resident and AMA Grand National #78 Merle Scherb, also in Spain representing the U.S., ended practice in the 4th-place slot.

Full results and info can be found here on the official website of the Superprestigio Dirt Track Race.

The complete info and link to today's race in Barcelona can be found in the press release below, thanks to Cycle World and AMA Pro Racing.


Sent on behalf of Cycle World:
Cycle World is pleased to announce a partnership with AMA Pro Racing and RPM Racing to deliver exclusive live streaming video coverage on www.cycleworld.com of the 2014 Superprestigio Dirt Track from the Palau Sant Jordi in Barcelona, Spain, beginning at 9:00 a.m. Pacific Standard Time on Saturday, January 11.

Revived by 2013 MotoGP World Champion Marc Marquez, the Superprestigio brings together top roadracing and off-road stars for an exciting evening of competition using an American-style flat-track format that many riders now use as a training method. Because an international flat-track race would be incomplete without American riders, Marquez invited reigning AMA Pro Flat Track Grand National Champion Brad "The Bullet" Baker to participate in this unique event. Fellow Americans Kenny Noyes and Merle Scherb will also compete, and AMA Pro Flat Track flagman Kevin Clark will be on hand to entertain the crowd.
The Superprestigio was created in 1979 by magazine publisher Jaime Alguersuari and has been held 15 times at pavement venues. Three future American world champions-John Kocinski, Kenny Roberts Jr., and Colin Edwards-made their European debuts at the Superprestigio. Other Americans who have competed include Randy Mamola, Rich Oliver, and Chris D'Alusio, and at RPM-organized dirt-track races, Jay Springsteen and Steve Morehead. A truly international affair, this year's event will also feature riders from England, France, Italy, Spain, and Portugal. 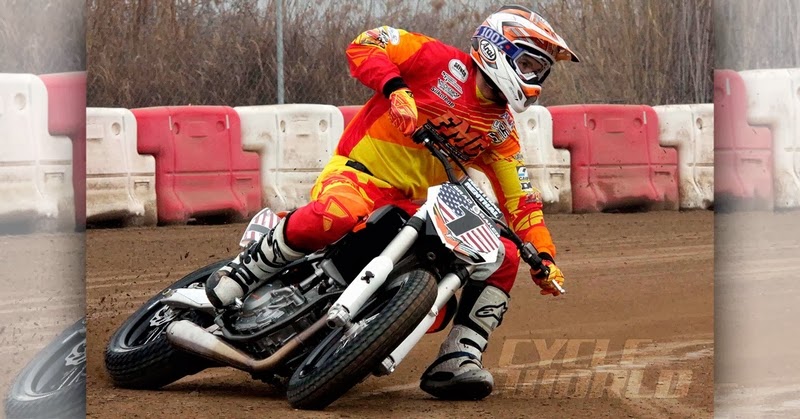 2013 AMA Grand National Champion Brad 'The Bullet' Baker is shown during a practice session this week for the Superprestigio Dirt Track Race being held today in Barcelona, Spain. The event was organized by 2013 MotoGP World Champion Marc Marquez, and Baker was invited to the event after Backmarker's Mark Gardiner strongly suggested that the field would have been incomplete without the presence of the US champion. Baker ended all early practice sessions with fast time by just over .62 seconds. Photo courtesy of Cycle World and AMA Pro Racing.

Live coverage of the 2014 Superprestigio Dirt Track on www.cycleworld.com will only be available in North America.