Mid-America Speedway in Indy Set to Host Round 10 of AMA Vintage Dirt Track Championship at 'Night After the Indy Mile' Event on Saturday, August 9

Mid-America Speedway, located on Indianapolis' southeast side at the Marion County Fairgrounds, is just over three weeks away from hosting their premier event of the season, the 'Night After the Indy Mile' on Saturday, August 9.

In a schedule change over the course of last years off-season, the big night of racing at Mid-America swapped nights with the AMA Pro Flat Track Grand National Championship round at the Indy Mile, which used to run on Saturday, with Mid-America's event formally known as the 'Night Before the Indy Mile.' With Family Events, the promoters of the Indy Mile, requesting a date and night change to better coincide with the Red Bull Indianapolis MotoGP weekend August 8-10, the changes to the schedule were put in place. The legendary Indy Mile will now run on Friday, August 8 with Mid-America Speedway's 'Night After the Indy Mile' to follow it the next evening on the southeast side of town.

This year's event again will see Mid-America host round 10 of the AMA Vintage Dirt Track National Championship, which will also feature the Bultaco Astro Race (formerly known as the Bultaco Astro Cup) as well as several classes of vintage racing, set to go along with the track's hosting of the Open Pro Class, which again will draw undefeated track champ and 2012 AMA Grand National Champion Jared Mees to come back and protect his winning record at Mid-America.

Check out our full press release below that we helped track president and promoter, Jim Terhcila put together for this year's great night of racing, and be sure to put this on your calendar for those of you that will be in town for all of the other great racing that weekend. You WON'T be disappointed!

Mid-America Speedway in Indy to Host Round 10 of the 2014 AMA Vintage Dirt Track National Championship Along with Open Pro Class in Annual 'Night After the Indy Mile' Event on Saturday, August 9 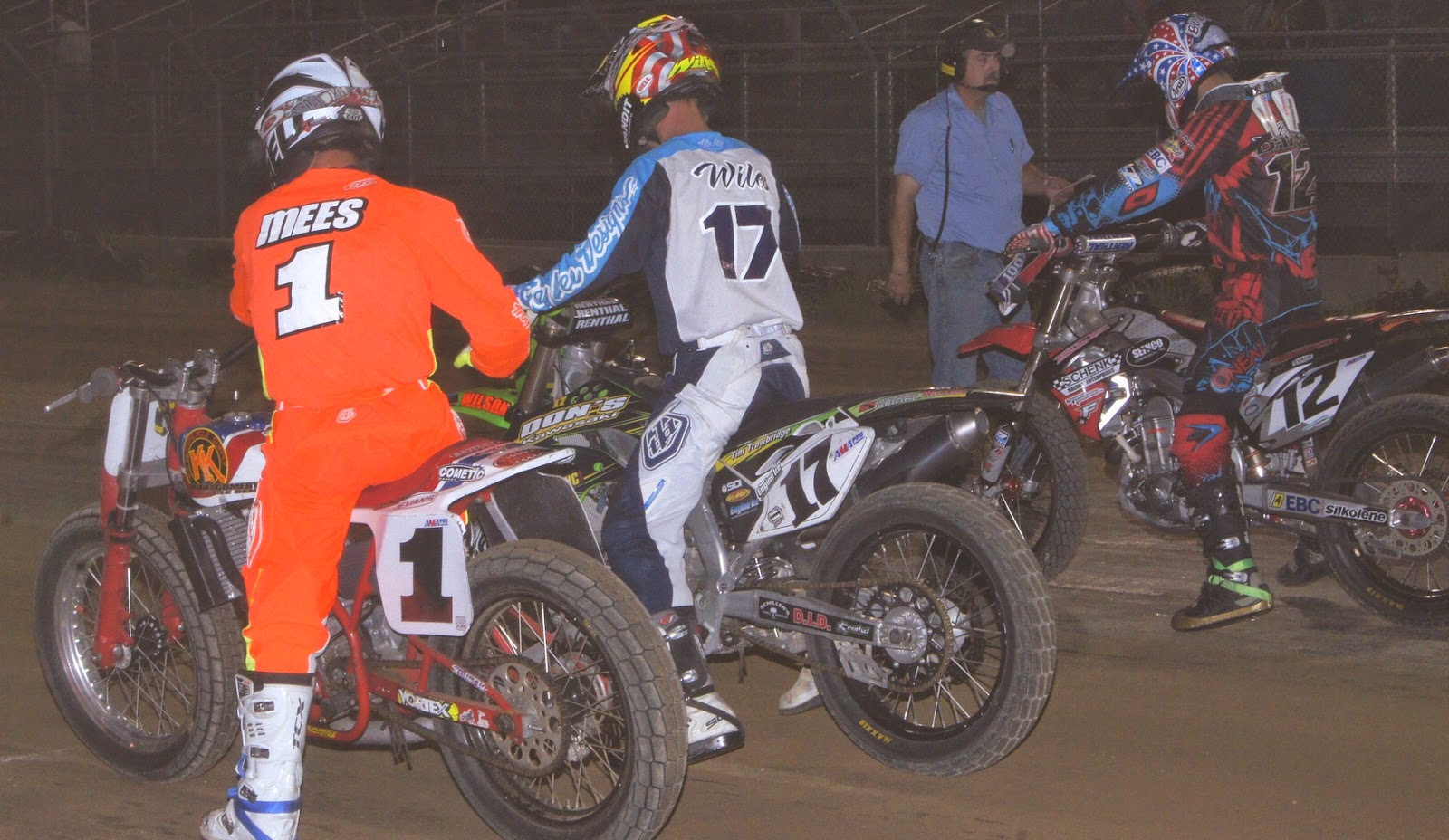 
Dave Aldana, among other returning racers, will be returning to do battle in the AMA Vintage Races, which Aldana triumphed over in last year's inaugural event in the Vet 60+ Class. A 500 Speedway class, 80-200cc 2- or 4-stroke class, Open Quad class (entrants already filled), and a 250cc Money class will also accompany the AMA Vintage classes, Open Pro Class race and Bultaco Astro Race for the evening.


Tickets are only $10/each, children aged 5-9 only $5 and under 4 free with a paying adult. Riders meeting starts at 4:00 PM, first practice at 4:30 and the first heat rolls off the line at 7:00 PM EDT. Pit passes are available for $10/each up until 5:00 PM and for $25/each after that time. More info can be found by visiting our schedule page at www.midamspeedway.com.


Mid-America Speedway, located at the Marion County Fairgrounds on Indy's southeast side, will also be hosting the RIDE Academy on Monday, August 11 featuring class instructors and owner Mike Hacker, Johnny Lewis, Brad Baker, Jared and Nichole Mees, Kenny Coolbeth, Jr. and a handful of other AMA Pro Flat Track riders. More info on this great day of instruction can be found at www.rideacademy.com.