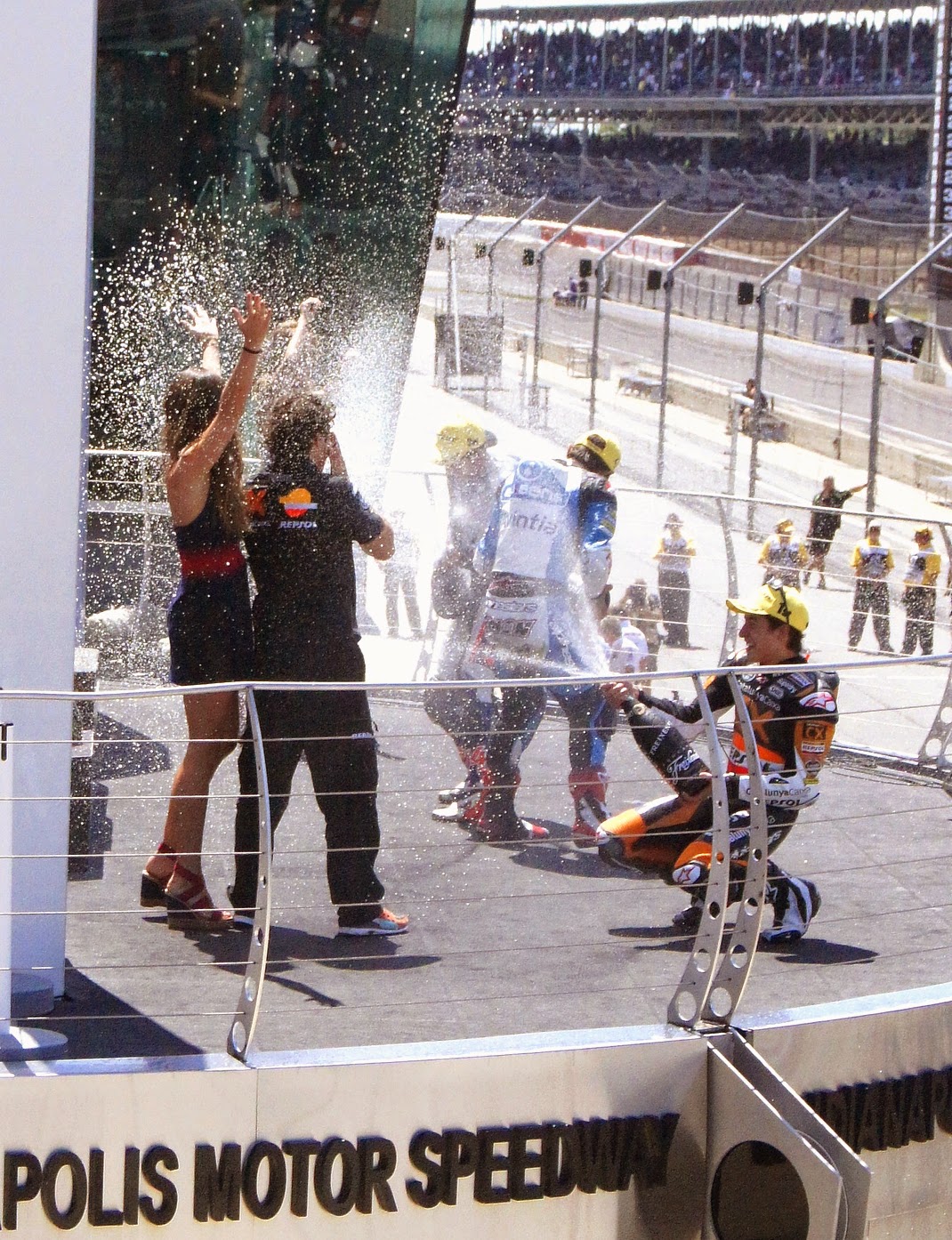 Family Events, promoters of the legendary Indy Mile, round 11 of the 2014 AMA Pro Flat Track Grand National Championship on August 8, announced today that this year's Grand Marshal will be 2013 MotoGP World Champion Marc Marquez. The team Repsol Honda rider, who currently leads the 2014 series standings with eight straight wins on the season, won't have to travel too far in order to fulfill his duties as the 7th Annual Red Bull Indianapolis MotoGP will be taking place a few miles down the road at the Indianapolis Motor Speedway.
In the shot above, Marquez can be seen celebrating his win during the podium ceremonies after taking the win in the Moto2 World Championship race at the Indianapolis Motor Speedway during the 5th Annual Red Bull Indianapolis MotoGP weekend on August 19, 2012. Marquez took the win on the #93 Team Catalunya Caixa/Repsol/Suter-sponsored Honda-powered mount over Pol Espargaro by just over 5.8 seconds in the 26-lap race at the Brickyard. Marquez went on to win the 2012 Moto2 World Championship before going on to become the youngest MotoGP World Champion in 2013.
Check out the official press release below as we are now just a month away from some of the greatest racing in the world with the upcoming Indy Mile ready to rock 'n roll us away on Friday, August 8.