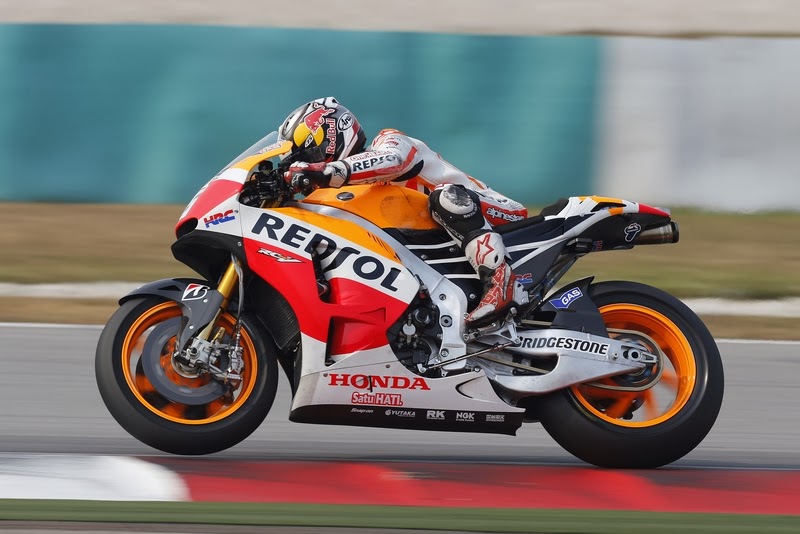 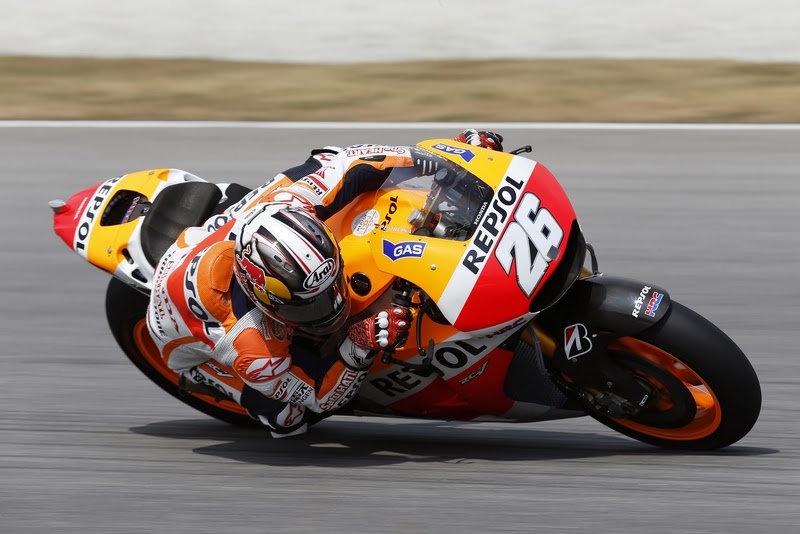 Repsol Honda’s Dani Pedrosa has finished the second day in Sepang at the top of the time sheets.
Dani, who was still suffering from some jet-lag, had a quiet morning and only completed 15 laps. In the afternoon he began to work properly, focusing on setup of the front of his RC213V and also with mappings, completing 57 laps with a fastest time of 2’00.039 on lap 55. Tomorrow, the final day in Sepang, he will switch to work on rear setup before the team heads to Australia for the final Winter three-day test.
The Repsol Honda Team confirmed yesterday that Dani’s teammate, Marc Marquez, will not be fit enough to test before the first race of 2014, after breaking his fibula in a training accident. The Qatar GP weekend will begin on Thursday 20th March.

“Things went well this afternoon, even though this morning we were still having some issues and I wasn't able to ride comfortably. I had to stop early in order to make some big changes to the bike, and when we restarted after lunch I felt more comfortable and put in better laps. We focused on the front end and were able to find a good setup. Tomorrow we will focus on making progress with the rear, because we have to get the new tyre working better and increase grip. If all goes well, then perhaps tomorrow we will be able to do a race simulation” 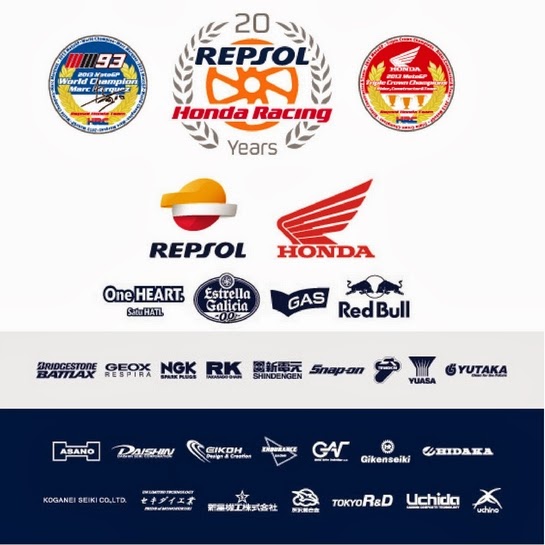