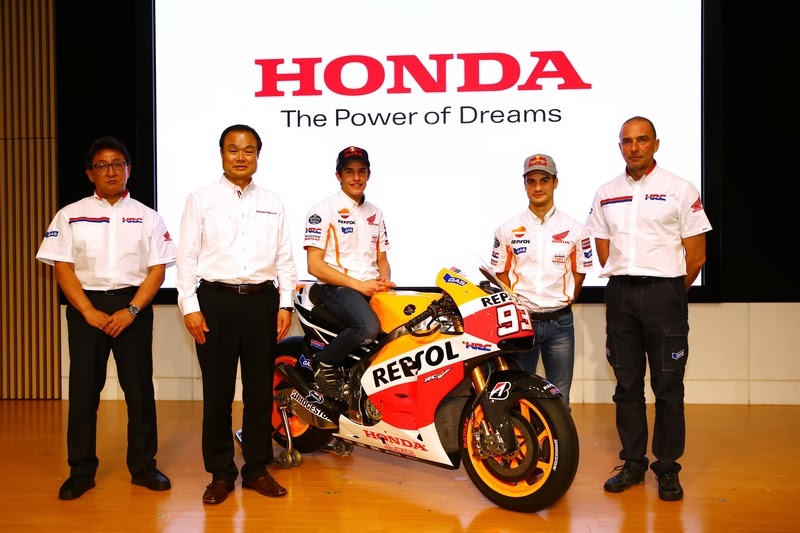 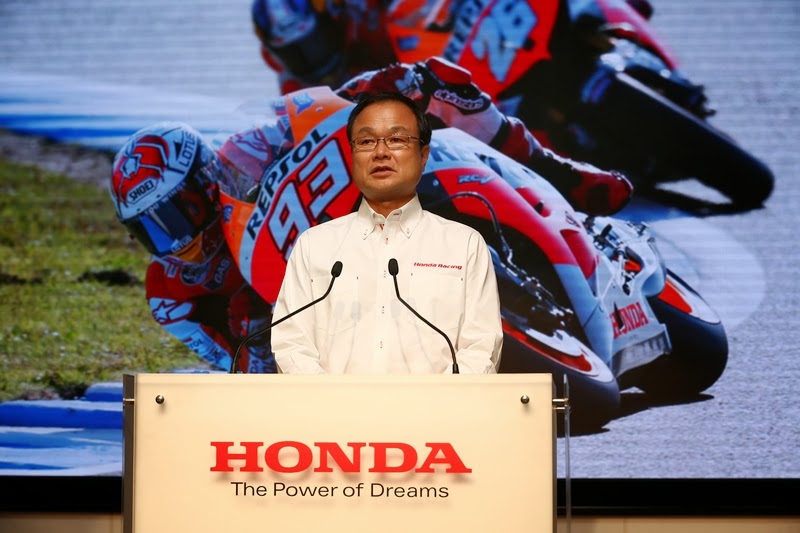 Since the days of its founding, Honda has always considered racing as a key driving force, tackling motorsports challenges across the globe and achieving a wealth of victories along the way, whilst using racing as an experimental plot for technologies that would sow the seeds of the company’s overall growth. The racing spirit fostered in this process is alive today in all of Honda’s products and technical development. Honda’s corporate slogan is “The Power of Dreams.” Honda will realise these dreams together with its customers by putting more power behind its motorsports activities so that through racing it can bring fun, joy and excitement to more people around the world.
In MotoGP, the premier class of the FIM Road Racing World Championship Grand Prix Series, Honda took the “triple crown” by taking all three titles last season—the riders’, team, and constructors’ Championships. For 2014, HRC’s factory outfit, the Repsol Honda Team, will once again put forward the lineup of Marc Marquez, who made history last year as the youngest champion ever in his very first season of MotoGP competition, paired with Dani Pedrosa who took 3rd place. In addition to its factory team, two satellite teams will be equipped with machines supplied by Honda, for a total of three teams and four riders representing Honda in the MotoGP.
HRC will be active not only in top-notch racing of this caliber but also in the promotion of commercially available racing machines. The RCV1000R, which will be raced by four riders representing three different teams in the new MotoGP Open category, will be put on the market by HRC.
Posted by Stuman714 in Indy at 8:50 PM