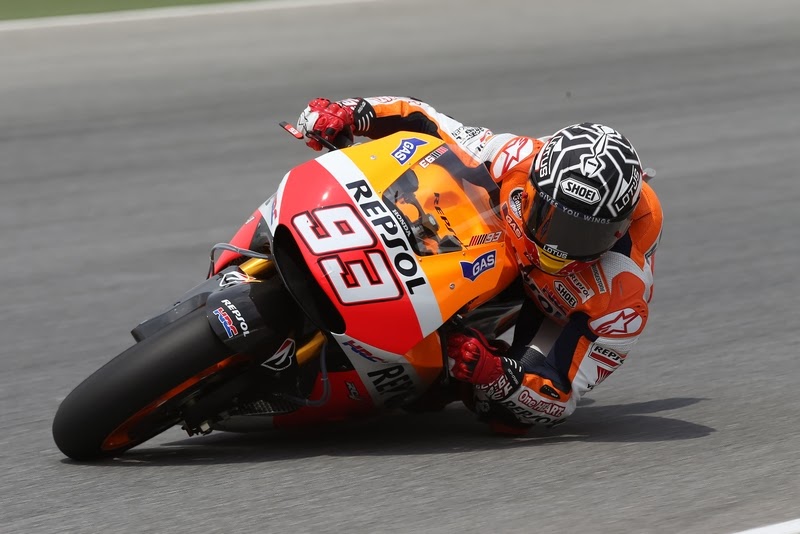 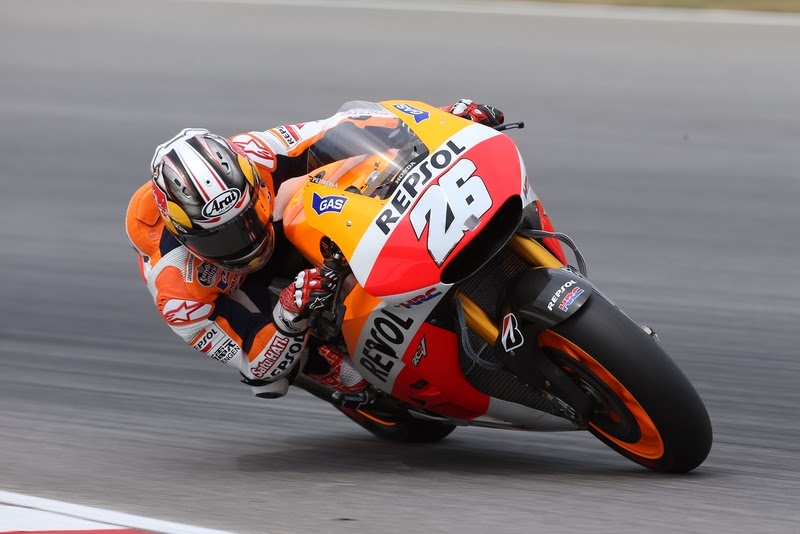 Marc Marquez was once again the fastest man on track today in Sepang and the only rider to record a sub-two minute lap time with 1’59.926 on lap 38 of 65. Teammate Dani Pedrosa finished the day in second place with a time of 2’00.336 on lap 12 of 62.
It was a gruelling second day at the Sepang International Circuit for both riders. Marc worked on geometry settings, improving his braking stability, some general set up work and a chassis comparison which produced valuable feedback for the HRC engineers. He also spoke positively about the new hard compound Bridgestone rear tyre.
Dani tested the new soft Bridgestone rear tyre, which he set his fastest lap on, and will try the harder compound tomorrow. He also did general set up work and a chassis comparison, looking to confirm his feelings tomorrow and focus on the direction for the season.
This first three-day test of 2014 will conclude tomorrow.

"We continued with our work schedule today, with a focus on trying out parts. We carried out various tests, including a chassis comparison, and found some positive points and some negative. As for the setup, we have improved stability under braking, which is something that I have been finding a little difficult, but in the end we have found a good compromise. I hope that tomorrow we can continue in the same way, because we are consistent and fast -which is important”

"Today we've been trying out the new chassis and comparing it to the previous version, but tomorrow we shall continue working with both because it isn't clear which is best. I felt good with both of them, but I have to put in more laps in order to be able to make a clear decision. We also tried out the new Bridgestone tyres, using the soft tyre today and leaving the hard compound for tomorrow. We have been going pretty well here, but the season takes place at many different tracks and you have to prepare for each one of them”