Wiles Tames the TT and Johnson Masters the Mile at Springfield 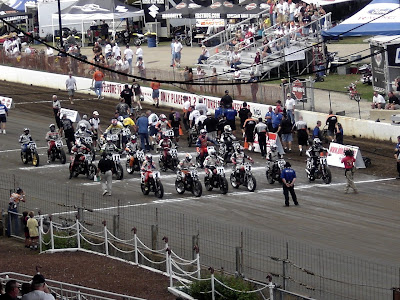 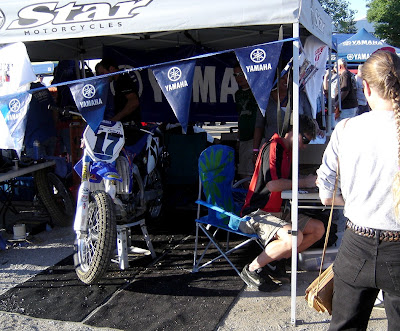 Henry Wiles continued his domination of singles wins at Springfield (and the State of Illinois) and Jake Johnson added his second straight win on the big track to win the TT and Mile races during the Memorial Day weekend running of the AMA Flat Track series stop at the Illinois State Fairgrounds.
Wiles, who won the Saturday evening short track on his #1 Don's/Kawasaki USA/Shift Kawasaki KXF450 to add to his nine other wins in TT and singles competition in the state. And Johnson, riding his Zanotti Racing #5 H-D XR750, went on to win by over two seconds in the Sunday mile part of the program for his second straight win at The Worlds's Fastest Mile. Action was fast and furious at both venues over the weekend and as had been the case for the previous week in the midwest, the temps were hot and humid. But the racing went off without any major hitches and as usual the venues provided some great racing for all the fans.

My good friend Larry Lawrence, who not only takes care of his bitchin' website The Rider Files.com, was there covering the event for Cycle News, and as always got the goods on what came down at the annual Memorial Day weekend race. You can check out the info and Larry's rundown as well right here: