Yamaha To Re-Structure It's AMA Road Racing Program With Graves Motorsports for 2010... 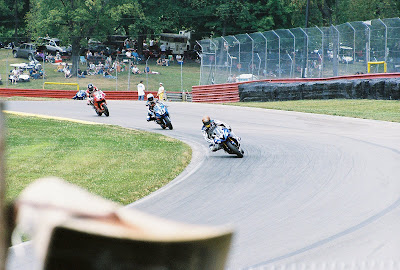 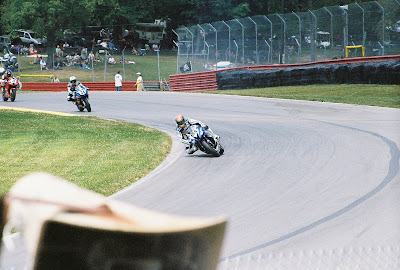 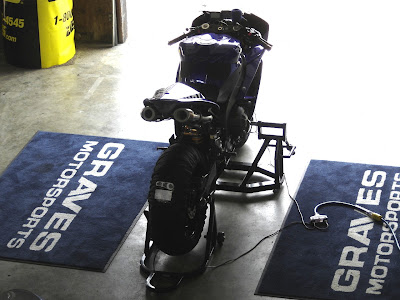 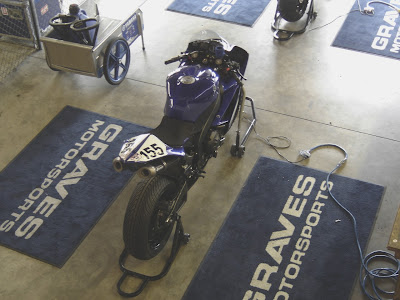 This probably comes as old news to most of you reading this since this actually hit
the wires on Tuesday October 27th, but Team Yamaha will be officially 'outsourcing'
all of their racing efforts in the U.S. for the 2010 season to Graves Motorsports.
With Graves having a major hand in getting Yamaha back into the Superbike class again in
the '09 season after a several year layoff, it's not like the 'handing over of the reins'
to Chuck and his company is going to be a stretch. More than anything, it sets a precedent
as to what and who we may or may not see 'officially' or 'directly' in the AMA Road Racing series
in the way of direct or even indirect factory involvement for next season. And though this may
come as a direct result of the state of the global economy, if you follow the series any at all you
can't not think what part of this was change was due to the handling of the series by the
AMA/DMG folks. And me being the conspiracy theorist-type, well, I see major rumblings
happening in the sport as a result of the strife and almost endless problems that seem to
occur in '09 as a result of their lack of what many deem to be 'proper oversight' in going
about running a professional motorcycle racing series. But that's just me, you'll have to form
your own opinion as to what kind of mess they created since taking over the helm of the
largest and most high-profile road racing series on this continent and doing what many feel is
just shy of driving it into a brick wall....
While you are pondering that thought, and since that is another story altogether, we will focus on
the quality machinery and utmost in quality riders that Chuck Graves and Yamaha have put
together over the last few years and what kind of record they have attained in doing so. And we
can take a look at a couple of those fine pieces of equipment that they have put on the track in
the process.
To those of you familiar with the AMA scene, the #155 bikes above are probably very familiar
as they are a couple of the most recent versions of the steeds as produced by Graves for none
other then Mr. Ben Bostrom, '98 AMA Superbike Champion, '08 AMA SuperSport Champion,
and among other things the winner of the '09 edition of the Daytona 200. Having been around
the bike scene since all but dropping out of the womb, B-Boz has raced just about every form
of motorcycles--and in some case bicycles--for quite some time now. After coming into the
Superbike series back in '97 with the Zero Gravity Honda team on the fire-breathing Honda
RC-45's, he joined the official Honda Racing U.S. team in '98, and promptly won the title.
Vance and Hines signed him for the '99 season, and he wore the #1 plate that year while
teamed with Anthony 'The Go Show' Gobert. Moving on to the World Superbike scene for a
few years, we were lucky enough that Ben came back to the states to run in the AMA series again for Team Ducati and then again, Team Honda, up through and including the '06 season.
Then Ben went to work for Chuck Graves in '07 running the Yamaha R1 in the AMA Super Stock
series, and going on to a 2nd overall finish that year in the championship.
But for Ben, 2008 was the turning point where things all came together, and as he put it once,
he started having fun again. And fun he did have, winning a boatload of races while running in
the AMA Super Sport class based on the 'old' 600cc platform, and winning the title in the
process.
The machinery shown above is a small look at the bikes that Ben ran in the '07 and '08
seasons. The shots of the bikes in the garage were taken at Mid Ohio during the '07 round,
and are of the Yamaha R1 Super Stock bike, while the on-track shots of Ben leading #36
Martin Cardenas and #4 Josh Hayes at Mid Ohio in '08 while romping to the win that day,
and of course the championship later in the year. And the shot of the #1 bike is the bike
he won the '08 AMA Super Sport Championship with. Or at least a good version of it as on
display at the Indy round of the MotoGP race back in August. It was one of many great
bikes they had on display that w/e.
I have to take the time to thank the following people for giving us the links below of the official
news about Yamaha turning things over to Mr. Graves and Co. for 2010.....and maybe beyond...
http://www.roadracingworld.com/, http://www.superbikeplanet.com/ and of course, http://www.speedtv.com/. Thanks to all you great folks for the hard work and efforts you put in to help us all keep up with the goings on around the mad world of motorcycle road racing. We couldn't make it with out you!
Thanks for coming by and taking the time to check things out here! And I hope you can come back again now, ya hear?!
http://www.roadracingworld.com/news/article/?article=38556