We Are The Champions!! Ben Spies Wins 2009 WSBK Championship!! 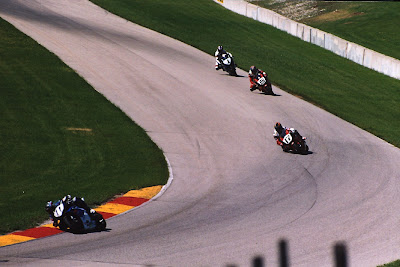 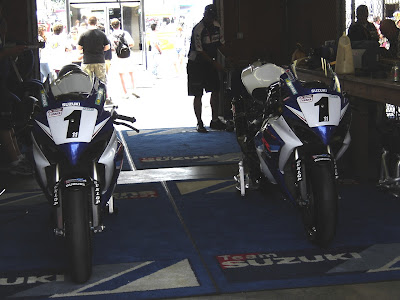 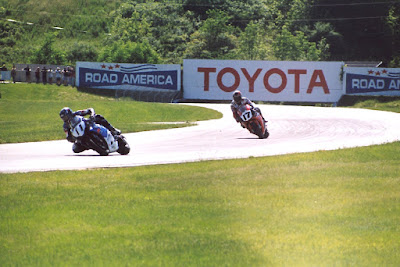 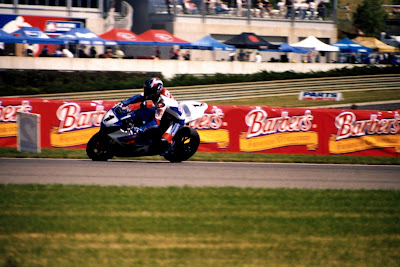 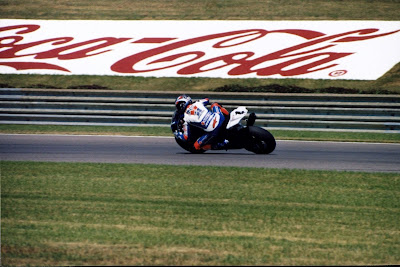 You gotta figure Ben Spies was humming the classic rock hit by the group Queen when
he was cruising home on the last lap of the final race in the 2009 World Superbike Championship in Portugal today. What a magnificent day, let alone year.
On a day when a 10 point lead could go either way in deciding the championship,
Ben Spies overcame the deficit--with a little help from Nori Haga's dnf in race 1--to
become the 2009 WSBK Champion with a 1st/5th placing in today's two races.
After going into the w/e with that little 10 point deficit-thing hanging over his head,
Ben not only took a record breaking 11th Superpole for the year--breaking an 18 year
old record held by another Texan, Doug Polen, and also the '91 and '92 WSBK Champ--but
set the track record in Portimao to start off the w/e. Today he went out and won the first race
after Nitro Nori low-sided out a little over 1/3 race in, and then sailed home to a strong 5th place in race 2 to Haga's 2nd place finish to win the title over Haga by 6 points. And in the process won
Yamaha their first WSBK Championship.
Quite an accomplishment by the WSBK 'rookie' on the season he has had! Congrats to Ben,
the Italy-based Sterilgarda Yamaha R1 team, and to Mary Spies for raising such a worthy
champion and fine young man! You are ALL the champions! And you have made us very proud!
The official links below are thanks to the wonderful work from the great folks at http://www.superbikeplanet.com/, http://www.roadracingworld.com/, and the Official Site of the World
Superbike Championship, http://www.worldsbk.com/. Thanks to all of their efforts for the results!
http://www.superbikeplanet.com/2009/Oct/091025r2.htm
http://www.superbikeplanet.com/2009/Oct/091025u1vx.htm
http://www.roadracingworld.com/news/article/?article=38542
http://www.yamaha-racing.com/Racing/wsb/
http://sbk.perugiatiming.com/pdf_frame.asp?p_Round=POR&p_Anno=2009&p_Manifestazione=14&p_Gara=01&p_Sessione=002&p_Stampa=STD

While you are reading the official results and reads from the great folks above, the shots
showcasing Ben today were shot at Road America in 2006, Barber Motorsports Park in 2007,
and the shot of Ben's 2007 AMA Superbike Team Yoshimura Suzuki's was taken in the garage
area at Mid Ohio in 2007.
Shot 1 is Ben leading race 1 of the Road America w/e over Miguel Duhamel #17 and Jake Zemke on the #98 Honda's, while chasing them all down is Mat Mladin on the #1 Suzuki.
Shot 3 is also 2006 at Elkhart Lake but in Sunday's race 2, with Ben leading Miguel Duhamel
on the #17 Team Honda CBR1000RR.
The final 2 shots are of Ben during different stages of practice and qualifying at Barber in
April of 2007.
Congrats again to Ben Spies, the 2009 World Superbike Champion! Take a bow, mate.
Posted by Stuman714 in Indy at 1:22 PM