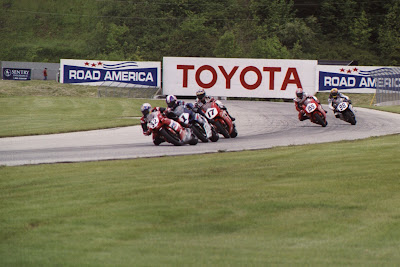 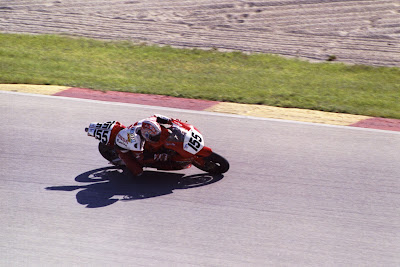 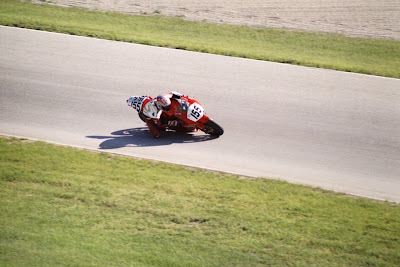 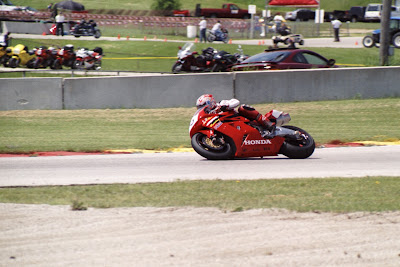 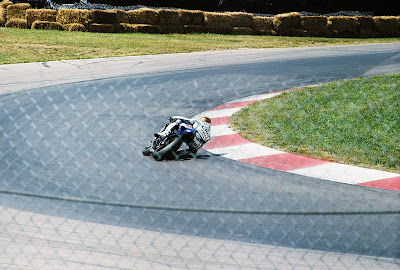 Dean Adams and his super people over at his bitchin' site, www.SuperBikePlanet.com posted
a great article today about '98 AMA SuperBike Champion and '08 AMA SuperSport Champion
Ben Bostrom.
For those of you like myself who have been fans of Double B since the days of the
old 883 class in AMA Road Racing will know what kind of champ, rider and super personality
the man is. What many may NOT know is that in his 'spare' time--like when he isn't winning
Superbike or SuperSport races, most recently the '09 AMA Daytona 200 victory in March--
that he rides off road bicycles. Now myself, I'm pretty ignorant to that cool sport, but if you DO
want to know more you can check with my buddy Tim Powers through his Indiana Climber blog
link on my left side column. But what I DO know, is this is at least the 2nd year BBoz has raced
in this particular race--the Moab 24. And this year the man placed 2nd in class and 68th overall
along with his team mate. Oh, and then there is the matter of keeping his eyes pried open for
the 41 some hours he was up last w/e in doing so. In the link below you can read about it and
check out the results from the official site as well as provided in the story. Thanks Dean--and
great job Benny! Get down man!
So, needless to say, I don't have any pics of Ben on his racing bicycle, but I DO have a few shots
here of him racing his Team Honda CBR1000RR Superbike at Road America in '04, and a shot
of him on his Team Graves Yamaha 600 SuperSport bike in route to the win at Mid Ohio to
eventually clinch the championship last year.
The single shots of Ben on the CBR are during practice for the w/e's Superbike double races,
and the group shot with Ben in the 4th spot was taken in the 2nd race of the w/e as he chases
his brother Eric, on the #32 Ducati, Team Yoshimura Suzuki's Mat Mladin on the #1 GSXR1000, Miguel Duhamel on the other Team Honda CBR1000RR, and followed up with Jake Zemke on
the Team Erion Honda CBR1000RR #98.