From The 'Better Late Then Never'-News Department...... 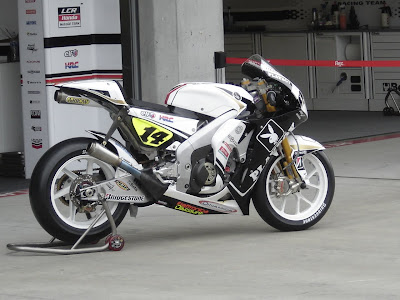 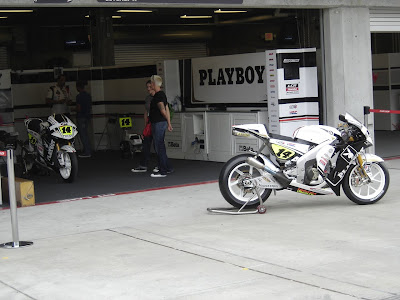 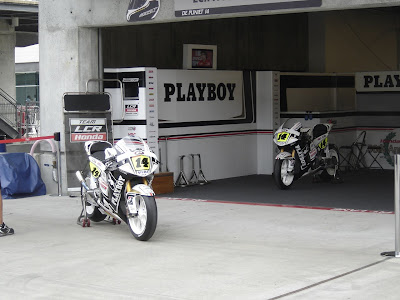 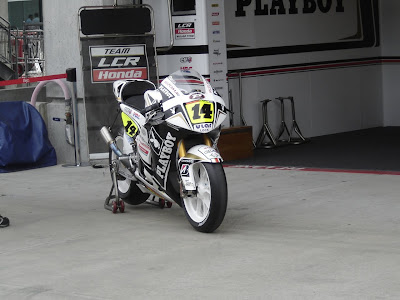 While perusing the net over the w/e I came acrossed some old news that came out of
a Paris announcement back on September 22. According to several sites, including
http://www.motogp.com/ , http://www.lcr.mc/ and http://moto.gpupdate.net/en/ Randy DePuniet has
re-signed to ride for the LCR Honda team again in 2010 in the MotoGP premier class.
With direct factory support from HRC in the way of bikes, technical data and info,
and with sponsorship this year in the form of Playboy as their premier sponsor,
as of this posting DePuniet has moved up now to 8th in points with 3 rounds to
go in the championship. With some of the most sano looking equipment in the paddock,
LCR sets an impressive image, and considering the competition level in the MotoGP
class has done quite well with Mr. DePuniet as their rider of choice.
You can read the releases below about the announcement for '10 while you view Randy's
Playboy-skinned RC212V of the LCR team as seen at the Indy round of the MotoGP
championship back on August 28th of this year. Quite the impressive layout in the paddock
as presented by the team during the walk through. Good luck to Mr. DePuniet and the LCR
team through the rest of this year and into 2010 as they pursue the golden egg that is the
MotoGP Championship.
http://www.lcr.mc/EN/DE-PUNIET-RIDING-THE-LCR-TEAM-HONDA-RC212V-ON-2010.aspx
http://www.motogp.com/en/news/2009/de+puniet+riding+lcr+honda+on+2010
http://moto.gpupdate.net/en/news/2009/09/22/de-puniet-renews-lcr-honda-deal/
Posted by Stuman714 in Indy at 8:05 PM