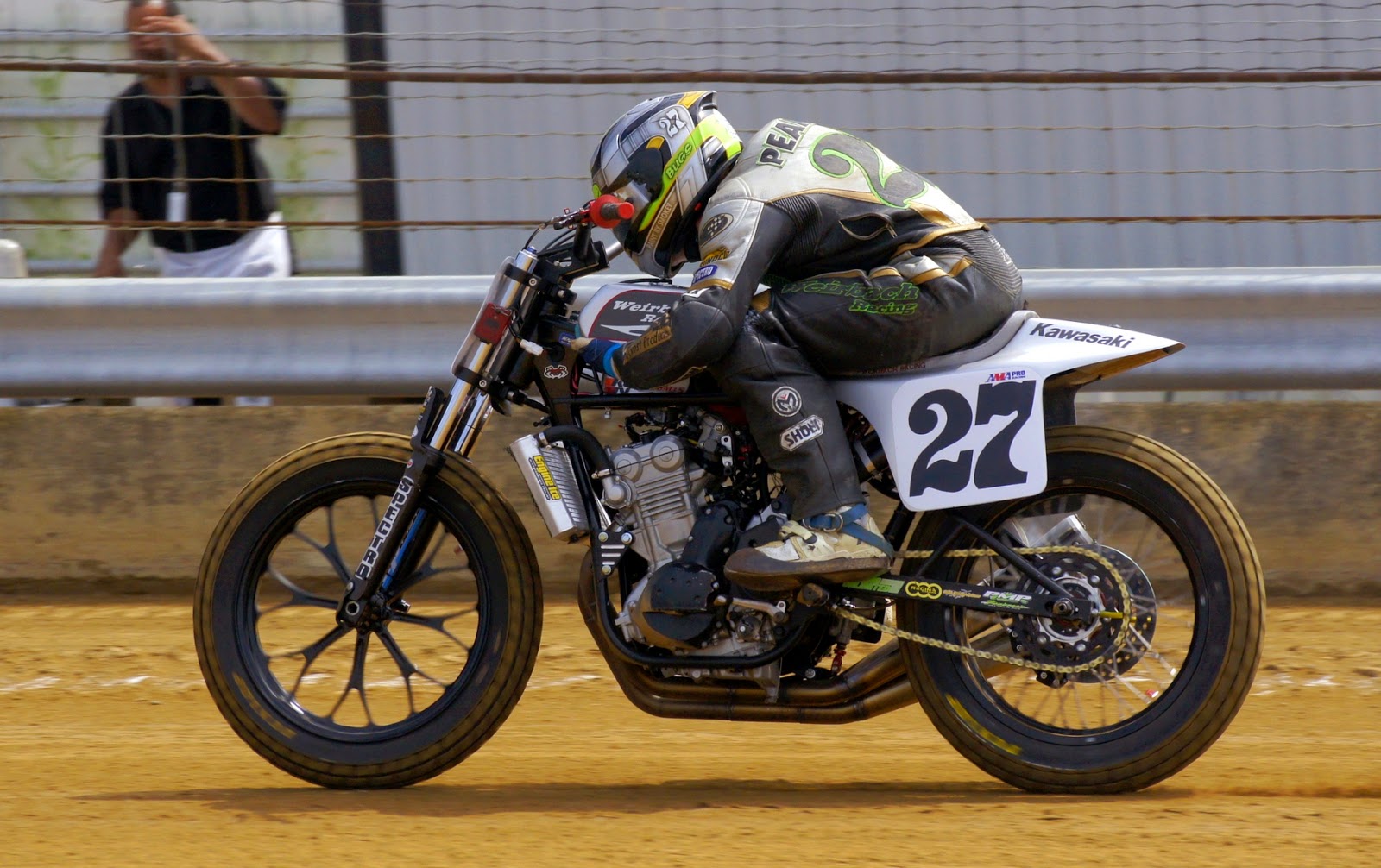 The Ottumwa, Iowa-based Weirbach Racing team and rider Rob Pearson #27 have put some big miles in on the road the last two months, like many of the teams and riders who campaign The Rolling Thunder Show in the AMA Pro Flat Track Grand National Championship.

Starting off in the Midwest, the team headed to the Northwest Pacific and then on to the west coast, before heading back to the Northwest and on to the Badlands area for an event that was eventually rained out. And then capped it off with a solid top-10 finish in round 11 of the season at the legendary Indy Mile last Friday night.

In the shot above, Rob gets down on the paint on the team's newly-built #27 Weirbach Racing/Mike King-KDM Forest Products/Barnett/Spectro-backed Kawasaki EX650 mount during the first round of practice at round 11 of the 2014 AMA Pro Flat Track Grand National Championship season at the Indy Mile on August 8. 'Bugs' is shown in action on one of the team's two EX650-based mounts, this one fitted with the 750cc version for the mile races (the wider tank on this sweet looking piece helps to ID between the team's two mounts, the other kitted with a 700cc engine predominantly used for the half-mile set-ups. The 700-based bike has a slimmer tank that also better helps to determine which one is which to the untrained eye.)

The team heads to round 12 of the season this coming Sunday, August 17 for what is Rob's home track at the Peoria TT.

Good luck to the great bunch of hard working guys on the Weirbach team this weekend and the rest of the season! Check out their press release below to see what the team has been up to since the middle of July.

In the last 25 days we have traveled to the west coast and back and
attended 5 Grand National races.

On July 19th we were in Elma, Washington for a 1/2 mile National but
the weather got the best of us on Saturday so we returned to the
track Sunday as a rain date and were able to get the race in that day.
The track was very rough and we worked on suspension all day but
by the time the main event came around we were at our best for the
day and finished 8th.

The next weekend we were in Sacramento, CA. for the mile event.
We had a descent day and finished 11th.

Drove back to Washington for the Castle Rock TT the next weekend.
Things did not go as well on the TT track for us, as Rob was making
a pass over the jump for 8th-place when he became entangled with
another rider in the sharp right hander and fell to the ground ending
our bid for a top ten finish.

The next day we headed to Rapid City, SD for the Tuesday
National 1/2 mile there during bike week but the
rain came by the bucket fulls and the race was rained out.

From there we headed to Indianapolis, IN.  for a mile National on Friday
night, we had a hard time getting the Kawasaki set up for the track but finished a
respectable 10th. 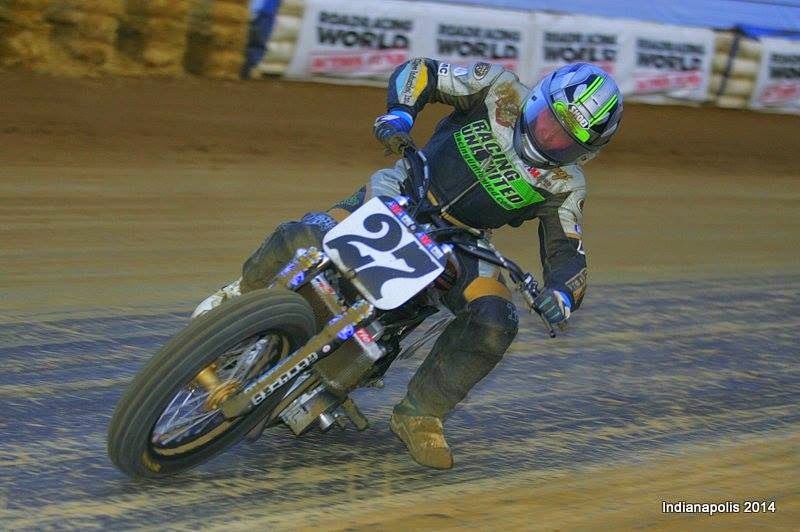 Weirbach Racing's Rob Pearson is shown in action on the #27 KDM Forest Products-sponsored Kawasaki EX650 at round 11 of the 2014 AMA Pro Flat Track Grand National Championship at the Indy Mile on August 8. Photo courtesy of Weirbach Racing.

This weekend we are head to the famous Peoria TT National
and hoping to get a top-5 finish. We have lived in the van for way to much
time the past month, so we will take a well deserved weekend off.


Special thanks to all our sponsors: