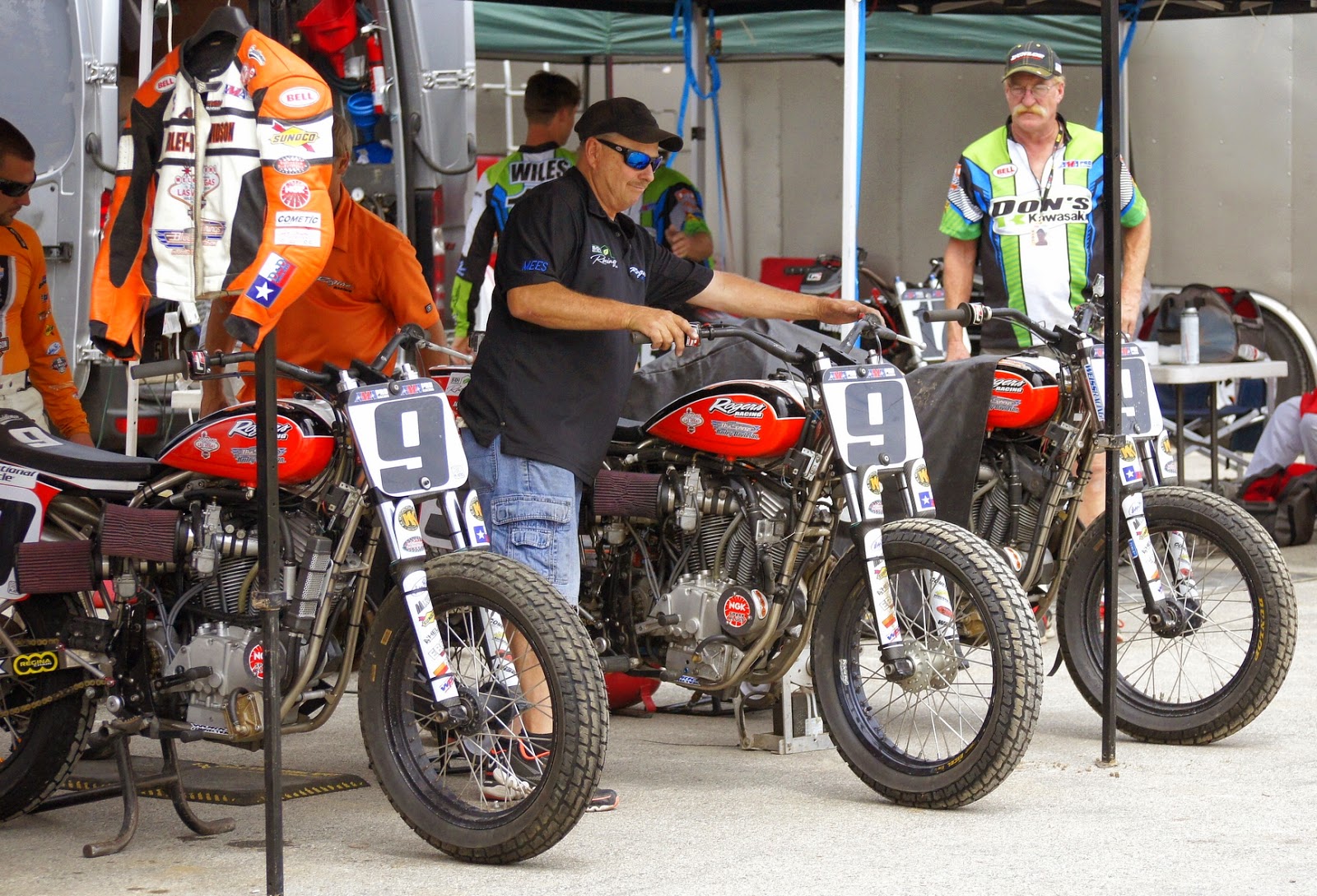 Jared Mees' run for the 2014 AMA Pro Flat Track Grand National Championship is ready to hit the first of four remaining races for the season tomorrow at the Colonial Downs-hosting of the Virginia Mega Mile in New Kent, VA. Mees won the inaugural event in 2013 after outlasting this season's title rivals Bryan Smith and Jake Johnson on the 1.25 mile track that is not only the longest on the series' schedule, but also proved to be one of the toughest in terms of dust and traction.

But Mees hasn't had much problem this season with sight or traction in his quest to earn his second AMA Grand National Championship in the last three seasons. He currently is only one of five racers that has scored points in all 11 of the races that have been completed this year (Jake Johnson, Henry Wiles, Sammy Halbert and Briar Bauman being the others. Rapid City is still considered round 10 although the event was never completed due to being rained out and no points being awarded.)

The Rogers Racing rider also has scored the most top-5s on the season (10 races, Daytona II being the only missive with a 12th-place finish), the most podiums or top-3s for the year with seven, and the 2nd-most wins of the season (Lima and Hagerstown Half-Miles, and is tied with Henry Wiles in that category) behind Kenny Coolbeth, Jr. and Bryan Smith's three wins each.

Mees also leads all contenders this year in the quest for the Cortech Performance Edge Award, a $1K bonus given to the rider who runs the fastest lap at the most races during the season. At this point of the year with 3/4 of the races complete, Mees has accomplished that feat at five of those eleven races.

In the shot above, Mees' tuner Kenny Tolbert readies one of his three #9 Rogers Racing/Blue Springs H-D/Las Vegas H-D-sponsored XR750s in preparation for the day's action ahead at round 11 of the 2014 AMA Pro Flat Track Grand National Championship at the Indy Mile on August 8. Mees can be seen on the left side of the shot speaking with team member Sammy Sweet (behind hanging leathers) as KT gets Mees' bike ready for the day's first practice round coming up.

With two mile races (Virginia and Springfield) and two half-mile rounds (Calistoga and Pomona) left before the awarding of the 2014 AMA Grand National Championship, Mees has the upper hand heading into the stretch run of the season over Bryan Smith (204-195 points) with Jake Johnson another five points in arrears of Smith (190 points.) At this juncture of the season, it looks to be Mees not only leading the points for the grand prize but also the added bonus, which you can read more about below in AMA Pro Flat Track's press release.