The Rolling Thunder Show Heads to Round 13 of the 2014 AMA Pro Flat Track Grand National Championship at the Colonial Downs Virginia Mega Mile on Saturday, August 23

With the stretch run of four races to the end of the season upon us, The Rolling Thunder Show heads to round 13 of the 2014 AMA Pro Flat Track Grand National Championship to do battle tomorrow on the 1.25 mile surface at the Virginia Mega Mile at Colonial Downs in New Kent, VA. The second running of this event will help to decide the outcome for the season between the three riders (Jared Mees, Bryan Smith and Jake Johnson) that are at the top of the standings for the 2014 AMA Grand National Championship.

The longest track on the schedule, Colonial Downs last year saw the riders face not only a fast surface, but one that was also hard on equipment. Title contender and eventual 2013 AMA Grand National Champion Brad Baker was one of several riders that suffered engine failures at the facility that was described as being 'loose, loamy and fast' by several team members and at least one key media person on-hand for the initial outing at the predominantly horse racing track.

In the shot above from round 3 of the 2014 AMA Pro Flat Track Grand National Championship, restart number three gets underway at the Springfield Mile I on May 25.

With the top-3 title contenders just 14 points apart (Mees 204, Smith 195, Johnson 190) tomorrow's event is without a doubt important to the final outcome of the season, and if equipment issues were to dictate for any of the contenders what their outcome would be, 3-Time AMA Grand National Twins Champion Kenny Coolbeth, Jr.  is right behind them looking to pounce should that happen (160 points.)

Trying to pick a winner for tomorrow's race? You could most likely pick any, or all, of the riders in the above shot (except for McCoy who will sit out Colonial Downs to better ready himself for the Labor Day weekend running of the Springfield Mile II) who could walk away with the victory spoils. And the others you don't pick will most likely be right behind ready to follow that one home!

If you aren't able to make it to what will surely be another day of great action on The Rolling Thunder Show's tour, you can catch it via FansChoice.TV as always, as their great coverage will at least keep you on the seat of your couch. Timed practice is set to roll off Saturday, August 23 at 12:00 PM EDT. 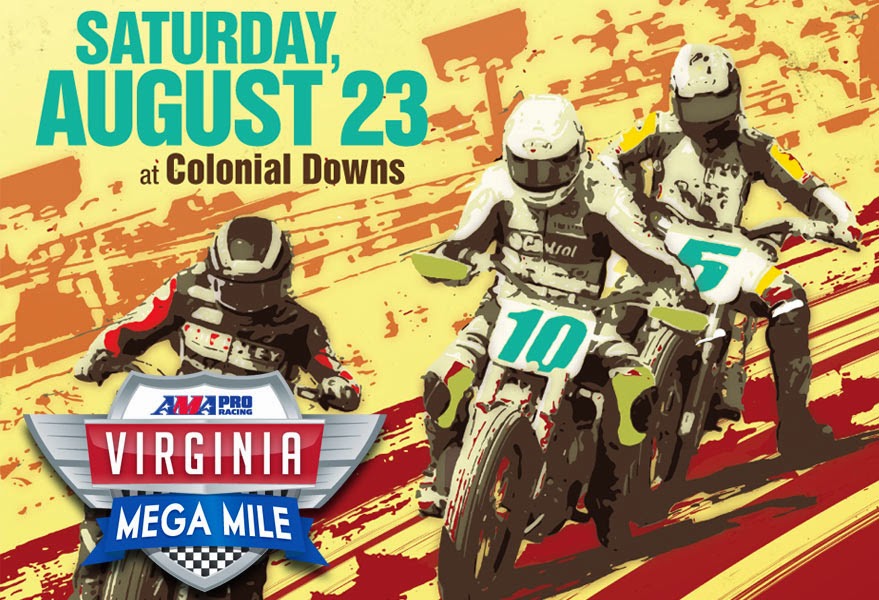