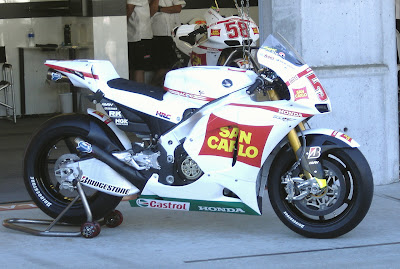 The second test of the year will see the best road racers in the world return to Sepang on February 22-24 and the final test will be held at night in Qatar on March 13-14, several days before the first round of the season on the Losail Circuit in Doha on March 17-20. With this being the last season for the 800s before the move back to 990s for the 2012 season, these close test times at least help to show some promise of a year of good, competitive racing in the MotoGP Series.

Here's the official wrap up for the 3-day Sepang MotoGP test, thanks to the great folks at Cycle News.com:

Courtesy of Ultimate Motorcycling.com comes this release (with some rider quotes) about the first official test for the 2011 MotoGP World Championship Series season: