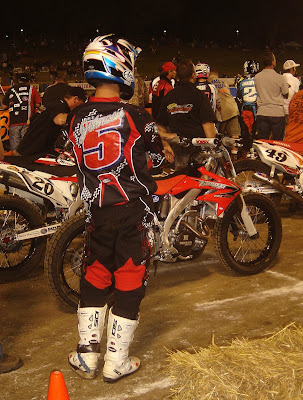 With the 2011 AMA Pro Flat Track Grand National Championship Series ready to launch a new season at Daytona in just over two weeks, 2010 AMA GNC Jake Johnson is geared up and ready to go along with his Zanotti Racing team to back up their super year in winning the #1 plate. With team owner Dave Zanotti joining his late Father, Mario, as the only father-son combination to win the coveted #1 plate in AMA Grand National Championship Series racing, look for this team to come out hard and strong this year when the first green flag of the season waves on Thursday, March 10. The series will also race on Friday, March 11 before heading to DuQuoin, IL. on April 16 for round three.

And here is Jake's new webpage (which at this time is still under construction) thanks to She Loves Racing and Flat Track Today.com: