The World Is a Sadder Place As The King Announces He Will Not Return in 2010 As Planned.... 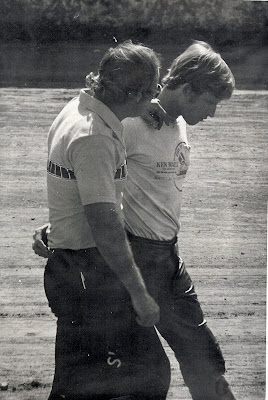 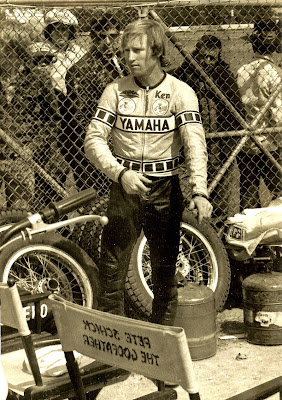 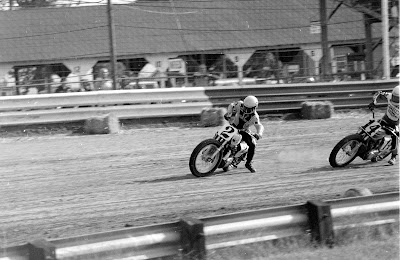 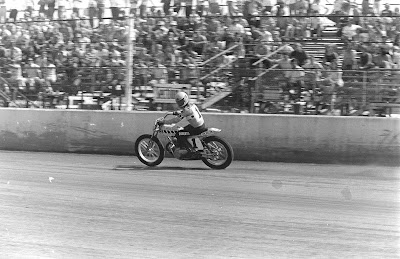 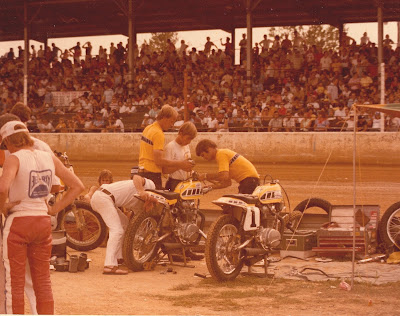 Earlier this year when plans started falling into place on the world racing scene pertaining
to the end of the 250GP 2-stroke era, and the new 600cc Honda-based Moto2 class to come
for 2010, many well known people started to get involved. One of those names mentioned
and talked about was none other then The King himself, Kenny Roberts.
What was going to be deemed as his return to the world scene after a two year break, King
Kenny expressed a deep interest in firing up the Danbury, England race shop they had all
but closed down after the '07 season, and also maybe to return to the engineering end of things
in the way of designing their own chassis, as well, for the Honda 600-based engines that
will be used in the new series. However, with the economy being what it has been globally-
speaking, of all people involved in the motorcycle racing business, The King was not able
to secure sponsorship to be able to float the effort. At least for 2010. Maybe with things
starting to show the light of day as far as general economics are concerned, the trickle down
effect may actually hit or start to hit more towards the end of next year for a run at the
2011 season. We will see. It is the world's loss, and it also shows how rough things really are
out there when a man like Kenny Roberts isn't able to put together a sponsorship program
to run a motorcycle team on a global effort. And the man DOES know a few things about
how to run a motorcycle team.
While we mourn the fact that we will have to await the return of a Team Roberts bike to
a race track for awhile, we can at least take some solace in checking out The King in years
gone by, and highlighting what the man did best some three and a half decades ago. And
that was making a motorcycle go pretty darn fast on a dirt track. At least in these shots.
This is a mixture of shots taken at Terre Haute, IN., and Syracuse, NY., back in the '74-
'76 AMA Flat Track campaigns. By the time some of these were taken in '75, the
crown was all but out of hand to his long-time rival Gary Scott, and KR was for the first
time in several years wearing and finishing in the #2 spot on the Grand National Championship
trail. The Yamaha parallel XS-650-based motors were getting a little long in the tooth-at least
for the mile tracks-and over a third of the races were on miles, The juggernaut we know as
the Harley XR-750 was settling in mighty fine after years of the big H-D searching for that
'perfect' 750-based platform. Last I checked that plan worked pretty well for them.......
In no particular order, the shots above are of Kenny and Kel Carruthers walking a section of the
track at Syracuse discussing strategy in Sept. of '75. The shot of Kenny doing what I still say to
this day looks like him either doing a broom impression or explaining a pretty far out of control
slide on a 1/2 mile like Terre Haute I shot in August of '74. That was my very first flat track race and I was hooked from there on out. Especially after the race they handed KR his 2nd Grand National Championship and the #1 plate to be worn again by him in '75. Pretty friggin' cool!
The color shot is Kenny and Bud Askland and another of the team members at the time working
on his twin in the pits at Terre Haute in August of '75. Then #72y Skip Askland is sitting in a
chair just behind them and Mike Kidd---yes, THAT '81 Grand National Champ and ex #72
and retired #7 Mike Kidd--in the white Bel Ray shirt with the hat on the left side of the shot.
The shot I called 'Caught Ya' is Kenny in practice at Terre Haute in '75, and last but not
least the Terre Haute race in August '76, and The King leading another Yamaha parallel
ridden by Hank Scott. The Shell Thuett Racing Yamaha #14 was prepped and owned by
Kenny's former tuner from '74, Mr. Shell Thuett When Yamaha down sized at the end of '74 Kenny took over running the team and his mechanics, and Yamaha cut Shell loose. The guy
could build some motors and Hank and Shell went on to win several races together over the
next few years. Just not this day. Kenny took the checkers ahead of then #25 Jay Springsteen
in what would be Jay's run of '76-'78 championship winning years and Hank that day.
Enjoy the shots and the little trip down memory lane and thanks to the fine folks at
http://www.motorcyclenews.com/ and http://www.crash.net/ for the official links to the breaking news.
And besides, they had it posted on time.....I'm a little slow on the go in getting this out.
But deal with it.......Later! And thanks for stopping in. Ya All Come Back Now, Ya Hear!?
http://www.motorcyclenews.com/MCN/sport/sportresults/MotoGP/2009/November/nov0909-roberts-abandons-moto2-plan/?R=EPI-119910
http://www.crash.net/motogp/news/154478/1/updated_moto2_entry_list_-_pramac_roberts_gone.html
Posted by Stuman714 in Indy at 8:09 PM