HOT DOG!! Ladies and Gentlemen We Have a 2010 AMA Road Racing Schedule!! 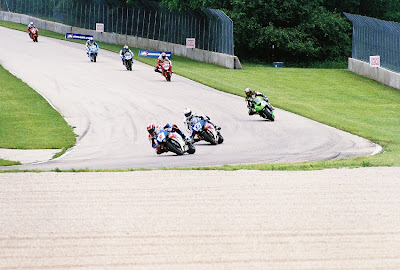 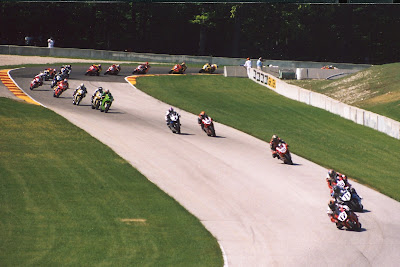 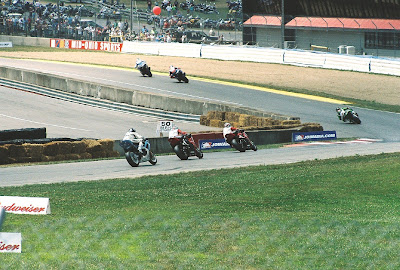 After over a month of being in limbo, the folks at AMA/DMG Racing today finally
announced the 2010 AMA Road Racing schedule, AND.....drum rolls, please.......
a TV contract as well, and again, with Speed TV! Although somewhat slimmed down
in that only nine venues are listed, all but the season opening race at Daytona in
March will be double header weekends. The big questions now are will the people show
up again after all of the atrocities that were created through out the 2009 season,
and what teams and factory support will be left after all of this year's fall out, not to
mention the global economic crisis reverberating through out the land...and sea.
Time will tell....


You can read the official releases via the links below. We have to take the time to thank
John Ulrich and his folks at http://www.roadracingworld.com/ as well as the folks at
http://www.speedtv.com/ for their work and efforts in making these available for us!

at both Road America in Elkhart Lake, WI., as well as Mid Ohio in Lexington, OH.
Both venues are on the schedule for next year as well, so that is a big plus for us
folks who have been going to those tracks for years....and decades!


The top shot has Ben Spies leading his team mate Mat Mladin on their Team Yoshimura
Suzuki GSXR1000s into turn 3 on the second lap of race 2 final at Road America in '08.
Trying to keep in touch are Jamie Hacking on the Team Monster Kawasaki ZX10 #2, Neil
Hodgson on the #100 Team Honda CBR1000RR, Eric Bostrom on the #32 Team Yamaha
R1, Aaron Yates on the Team Jordan Suzuki GSXR1000 #20 and Miguel Duhamel #17
on the other Team Honda ride.

The middle shot takes us back to Road America in 2006 looking into turn 7 on the first lap
of race 1 of the Superbike class. Miguel Duhamel leads the field on the #17 Honda, followed by
Ben Spies on the Team Yosh Suzuki #11, Jake Zemke #98 on another Team Honda CBR1000RR, Ben Bostrom #155 and Neil Hodgson #100 on the Ducati team bikes, and Mat
Mladin getting ready to go on a tear on the #1 Team Yosh Suzuki while the rest of the field
tries to keep eye contact on the front.

And last but not least on to the 2008 Mid Ohio round, as we see Mat Mladin showing some
air under the front as he crosses the start/finish line on lap 3 of the second Superbike race
of the w/e. Tucked in behind is his team mate Ben Spies, with Jamie Hacking on the
Kawasaki just bending it onto the straight, Neil Hodgson and Miguel Duhamel on the Hondas
just coming to the final turn followed by Aaron Yates on the Team Jordan bike.
Enjoy the shots, and let's all hope for a great 2010 AMA racing season. We could use it....
http://www.roadracingworld.com/news/article/?lnk=rss&article=38629
http://moto-racing.speedtv.com/article/ama-sbk-2010-schedule-released-to-be-aired-on-speed/
Posted by Stuman714 in Indy at 8:09 PM