Ben Spies to Run Sterilgarda Colors in Spain This W/E.... 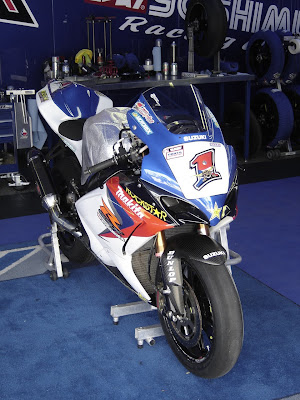 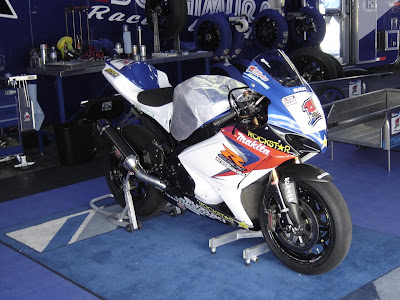 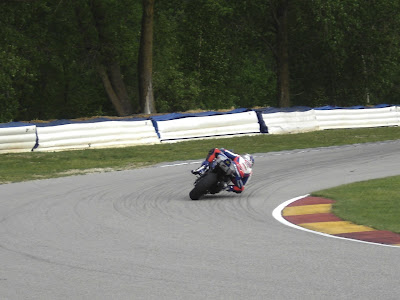 While we're checking out some shots of Ben Spies '08 Superbike at Road America, and of him running away with race 1 at Elkhart Lake in June 0f 2008 during the AMA Road Racing w/e, word comes from the net today that he will be running the same color scheme on his Yamaha M1 at Valencia, Spain during the final round of the MotoGP season, as what he had run and won the the championship with during the WSBK season.
Having the opportunity to run as a 'wild card' entry this w/e, this will give Ben a leg up on testing the M1 and being able to get started on a baseline for what is and will be his 'rookie' season in MotoGP for the 2010 season. With testing at a premium now with all of the economic cut backs, this will undoubtedly be a big plus for Ben and his crew to get a jump start on next season.
Thanks to the fine folks at http://www.cyclenews.com/, http://www.roadracingworld.com/ ,
http://www.superbikeplanet.com/ and http://www.roadracerx.com/ for the posts and the super sweet pics of what Ben's ride will look like in Valencia this coming w/e.
Check it out and remember to watch for Ben and cheer him on! Go get 'em Ben and good luck!!