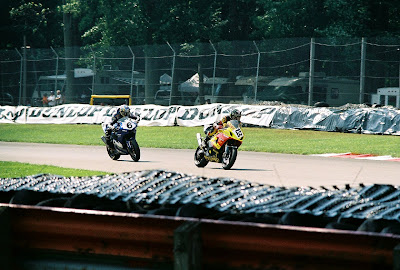 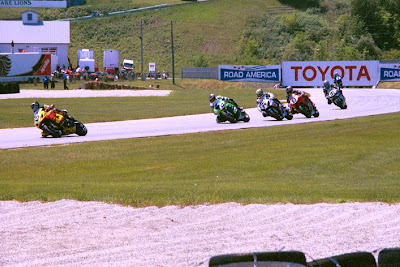 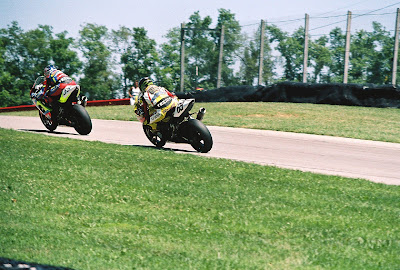 As was reported over the weekend from the wonderful folks at http://www.cyclenews.com/ and http://www.roadracingworld.com/, Danny Eslick, the 2009 AMA Daytona Sportbike Champ, will
be riding a Suzuki GSXR600 in 2010 for the Richie Morris Racing team that he won the
championship with this year while riding the Buell 1125R. With Buell going the way of the
Edsel--other then strictly full race machines and support--RMR was looking to come up
with a program that would help them to sustain their championship run this year into the
2010 season. With Daytona now less then 3 1/2 months out, the time was now to get
their program in line for the upcoming season. This should make things quite exciting again
for 2010, as the Suzuki GSXR600 actually won more races then the Buell did in the '09
season, it just didn't get the overall job done to nail the championship from Mr. Eslick and
the Geico-sponsored team. Stay tuned for 2010 as it should be another barn burner in the
Daytona Sportbike class.

I added the official links below that you can get the full story as released to the racing press
the other day. While you are doing so you can check out Danny in action back in the '05 season
when he was also riding a GSXR600 in the 'old' 600 Super Sport class. Running the #69
back then as he did up until the '09 season, he was riding a Suzuki that year for MPTracing.com
with additional sponsorship from Teknic and Millenium Technologies.

In the top shot Danny leads #6 Damon Buckmaster on the Graves Motorsports R6 at Mid Ohio during the 600 Super Sport final in 2005. Following in the middle is Danny leading a pack of
riders consisting of #12 Ben Attard, #99 Geoff May, #8 Chris Peris and #152 Robert Jensen
into turn 14 at Road America during the 600 final in '05 as well. And bringing up the rear is Danny running down #59 Blake Young during qualifying for the Mid Ohio round, also in '05.


Enjoy and thanks again for dropping in!
Posted by Stuman714 in Indy at 6:27 PM