Ben Spies to Join Tech III Yamaha for Season Ending Round at Valencia... 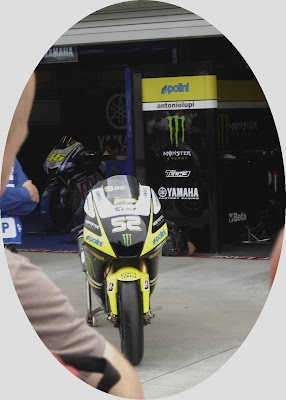 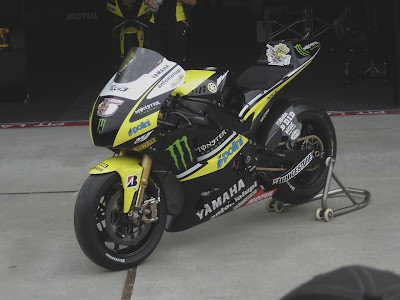 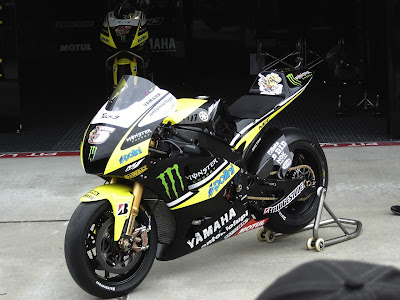 With one round to go, not to mention one major motorcycle race left in the world
before the long and cold winter break, one of the big things to look forward to with
this weekend's race event in Spain is that recently crowned '09 WSBK Champion Ben
Spies will be joining the Tech III Yamaha M1 team on one of the team's Monster
Energy Drink bikes.
This will be the team that Elbowz Spies will ride for next year in the MotoGP ranks,
and will essentially be taking over as team mate to Colin Edwards next year and moving
current team mate James Toseland off of the #52 bike and back over to World Superbike.
Ironically, he will be riding the bike Ben just clinched the championship on, and actually
tested in Portugal with it last week.
One Mr. Spies will be riding this w/e as a tune-up to the 2010 season, and with all of the
current restrictions in place as to testing, this will be great for Ben to get some serious
track time. Having ridden for the Team Rizla Suzuki squad last year in three events, one
of those being the Indy round where he got a very respectable 6th place finish in the winds
of the remains of Hurricane Ike. With this added track time, it will be essential to gain as
much info as possible to carry over into the 2010 season when testing officially starts back
up towards the beginning of spring.
The races will be televised via tape delay on Speed TV this w/e, with the 250GP race, the
very last race of the quarter liter ring dings before they go the way of the Edsel, to be televised
at 1700 EST with the MotoGP round following at 1800 EST. Again this is on Sunday 11/8.
You can follow all the action via the feeds from the left side column. MotoGP.com will have their
live timing up during all on-track sessions, and all the other sites will be just right behind with
any and all updates. It should be a great weekend for all!
The shots above are of #5 Colin Edwards and #52 James Toseland's Tech III Yamaha M1's
on display outside their respective garages at Indy back at the end of August. Enjoy and thanks
again for coming on down!
Posted by Stuman714 in Indy at 6:13 PM