It's Official--Neil Hodgson Headed Back Home Across the Pond to BSB Series... 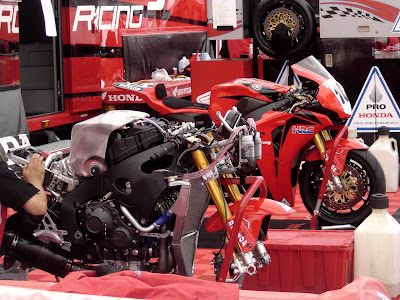 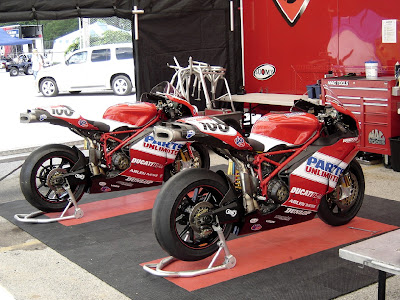 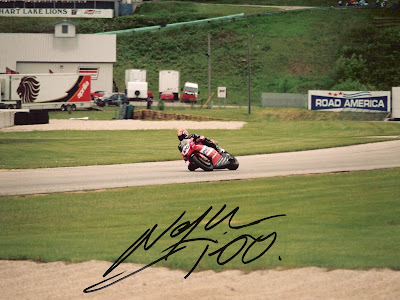 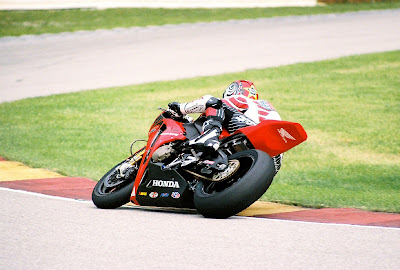 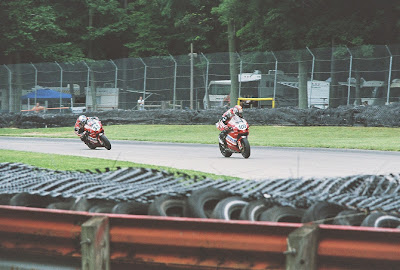 As was reported a little over 5 days ago by various entities, Neil Hodgson, who captured
the 2000 British Superbike Championship as well as the 2003 World Superbike Championship,
and had been riding for the better part of the last 5 seasons in America, will be jumping back
across the pond to contest the British Superbike Championship again for the 2010 season while
riding for ex-racer Rob McElnea's Motorpoint Yamaha team.
Having ridden in the U.S. in '05 and '06 for the Parts Unlimited Ducati team, sitting out the better part of the '07 season without a ride albeit his one-off appearance at Laguna, and then having ridden for Team Honda the last 2 years, Neil was left rideless after Honda pulled out
of the AMA series for the 2010 season. And with other major factories and teams also doing so,
Neil was reported to be over checking the landscape for the 2010 season some weeks ago.
The official releases below are thanks to the great people at http://www.motorcyclenews.com/,
http://www.speedtv.com/, http://www.crash.net/ and the Official site of the British Superbike Series,
http://www.britishsuperbike.com/. The deserve a major thanks for their efforts for making this news available to all of us.
While you are checking out the official news from those sources, the shots above were taken
at Mid Ohio and Road America during the '05, '06 and '08 seasons. From the top at Road America in '08 inside the paddock and a look at Honda's stable of CBR1000RR superbikes
for Neil's use that year. Just below is the set up as maintained for Neil by the Part Unlimited
Ducati at Road America in 2006. This was their last official year in AMA Superbike until they
came back with Larry Pegram to win some races this year in the newly formed American
Superbike series. The third shot is Neil in action during qualifying at Road America going into
turn 14 in '05, followed by Neil just out of turn 10 at Road America during Superbike race 1
in 2008. Lastly is Neil leading his team mate, Eric Bostrom, during Superbike race 2 of the
2005 race weekend at Mid Ohio.
We definitely wish Mr. Hodgson the very best. We got to talk with him a couple of short times
over these years and the man was not only very approachable, but a deep pleasure to talk to.
Very personable, congenial, and that sharp British wit. Not to mention being able to do a hell
of a job on a modern day superbike. Neil, you will be missed, but not forgotten. Get back home
and kick some ass. God Bless ya mate! And thanks for all the memories.
http://www.motorcyclenews.com/MCN/sport/sportresults/British-Superbikes/2009/November/nov1109-Neil-Hodgson-signs-for-Motorpoint-Yamaha/
http://www.motorcyclenews.com/MCN/sport/sportresults/British-Superbikes/2009/November/nov1109-Motorpoint-Yamaha-back-from-the-brink/
http://www.crash.net/british+superbikes/news/154592/1/neil_hodgson_back_in_british_superbike.html
http://moto-racing.speedtv.com/article/ama-sbk-hodgson-talks-bsb-return
http://www.britishsuperbike.com/news/hodgson-talks-ama,-testing-and-bsb-fans.aspx
Posted by Stuman714 in Indy at 6:05 PM