Hot Diggitty Dog! Folks, We Now Have an AMA Flat Track Schedule for the 2010 Season... 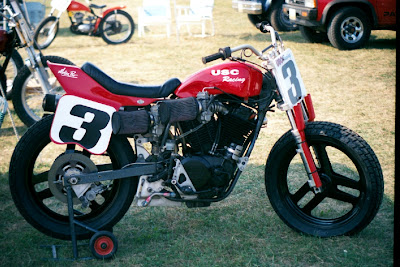 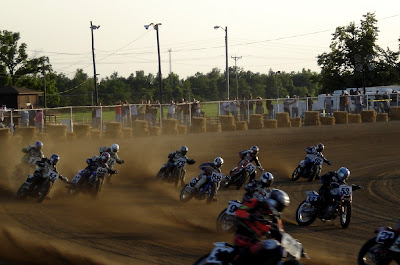 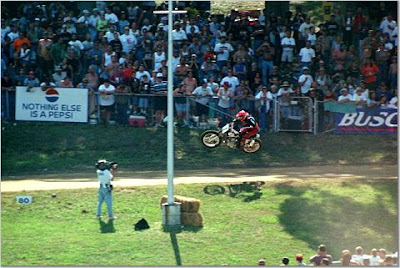 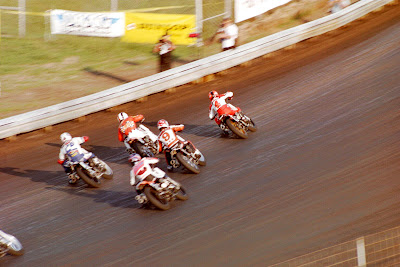 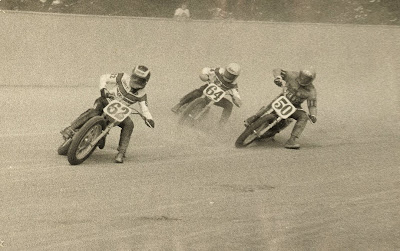 Thanks to a posting from the great folks at http://www.flattrack.com/ we have learned in the last
couple of days that the AMA has released a schedule for the '10 season for the flat track
series. Below is a cut and paste from that schedule as was obtained from that post.
Tracks returning are Peoria, Lima, Indy, Springfield-spring and end of summer events-and
of course kicking off the season at Daytona. This of course comes as great news for fans
and competitors alike, as the flat track series is some of, if not THE BEST racing going bar
none, and showcases some of the most exciting racing, let alone personalities in the sport.
For a sport that has been around in more or less it's current form for over 55 years is a
testament to the level of competition, thrills, and down right adrenaline that will encompass
you when you take it all in. And not too mention what the riders go through.....
While you are planning your calendar for the coming season, and doing some bench racing
to get you through the long winter--especially here in the midwest--you can also check out the
shots I have thrown in for this post tonight to celebrate the upcoming year of competition for
the greatest racing on two wheels--or any, for that matter. And for the record, I'll see you at
Peoria, Springfield, Lima, Indy--that's a no brainer since it's less then 10 miles--and Gas City.
It's gonna be a fun year! Can't wait to go racin' again!
Starting off at the top is a shot of one of Ricky Graham's old RS750 Honda mounts that he ran
for Johnny Goad and USC Racing in the mid '90s. I didn't find out who, but someone had this on
display in the vendor's area of the Inaugaral Springfield Hall of Fame Race back in '98 over the Labor Day weekend. Sweet piece, and I have been a BIG Ricky Graham fan since I saw him win
his first national at Indy back in the summer of '80. RIP RG! You are missed....
I then tossed in a shot of various riders during practice for the June 2006 Lima, Ohio half mile.
This shot says it all for the different and varying lines available at the great pee gravel-based
track. And the folks that run this race do it right. As I have mentioned before, if you can get to
Lima the last w/e in June, you won't be dissapointed. Super racing and great little facility.
Next we have Chris 'Air' Carr flying off the jump at Peoria on his #1 Wood Rotax in August of 2000 during one of his many marathon run-from-the-field romps he put in at the home of the
natural amphi-theater track. Another great place to see some action, and the IMDA is the best
at putting on great events.
We then have a shot of Carr, again, but this time on the #4 Kenny Tolbert-tuned H-D XR750
leading a pack of riders into turn 1 at Springfield during the Labor Day running of this great
race in '01. Keeping in touch are #23 Kevin 'Cupcake' Atherton, #26 Steve Beattie, the great
Jay Springsteen, former 3-Time Grand National Champion on the Bartels #9, and #67 Mike
Hacker. I'm a big fan of mile racing, at it doesn't get any better then Springfield. You can
almost always get a seat, but you won't get to use it much as the 140mph action will keep you
on your toes all afternoon.
Last but not least we have a shot that has been a favorite of mine for quite a few years now.
I took this one at Louisville--back in the good ole days when you didn't have to put up with
the b.s. antics of the too-rowdy crowds. This was in June of '75 during the practice sessions
for that night's half mile national. This is coming off the back stretch and into turn 3 with
Corky Keener #62, Randy Scott #50, and '75 Grand National Champ Gary Scott on the
Bill Werner-tuned XR-750 #64. This shot pretty much says it all for style and grace for
running a half mile, and these guys had it nailed on this one. I just felt lucky to be there to
get it and see it. Stuff like this drew me in on flat track and I have been craving it ever
since. Great stuff!
Thanks again for coming by and checking us out, thanks to Wayne Hosaka and his folks
over at http://www.flattrack.com/ for the post and their tireless efforts to seek and keep the truth
and faith in flat track, and thanks to the Good Lord above for allowing us to be able to take in
this great sport of flat track racing. Take care and please come back and see us again!
2010 AMA Pro Flat Track Grand National Championship Schedule
-- Confirmed Events --
1)March 3 DAYTONA® Flat Track (Daytona Beach, Florida) TT
2)March 4 DAYTONA® Flat Track (Daytona Beach, Florida) Short Track
3)May 1 Yavapai Downs (Prescott, Arizona) Mile
4)May 29 Illinois State Fairgrounds (Springfield, Illinois) TT
5)May 30 Illinois State Fairgrounds (Springfield, Illinois) Mile
6)June 5 Gas City I-69 Speedway (Gas City, Indiana) Short Track
7)June 19 The Red Mile (Lexington, Kentucky) Mile
8)June 26 Allen County Fairgrounds (Lima, Ohio) Half-Mile
9)July 10 I-96 Speedway (Lake Odessa, Michigan) Half-Mile
10)July 31 Calistoga Fairgrounds (Calistoga, California) Half-Mile
11)August 7 Hagerstown Speedway (Hagerstown, Maryland) Half-Mile
12)August 14 Beulah Park (Grove City, Ohio) Mile
13)August 22 Peoria Race Park (Peoria, Illinois) TT
14)August 28 Indiana State Fairgrounds (Indianapolis, Indiana) Mile
15)September 4 Illinois State Fairgrounds (Springfield, Illinois) Short Track
16)September 5 Illinois State Fairgrounds (Springfield, Illinois) Mile
17)September 11 Canterbury Park (Minneapolis, Minnesota) Mile
18)October 9 Yavapai Downs (Prescott, Arizona) Short Track
19)October 10 Yavapai Downs (Prescott, Arizona) Mile
Additional dates are expected to be added.
3-TT's4-Short Track's
4-Half-Mile's
8-Mile's