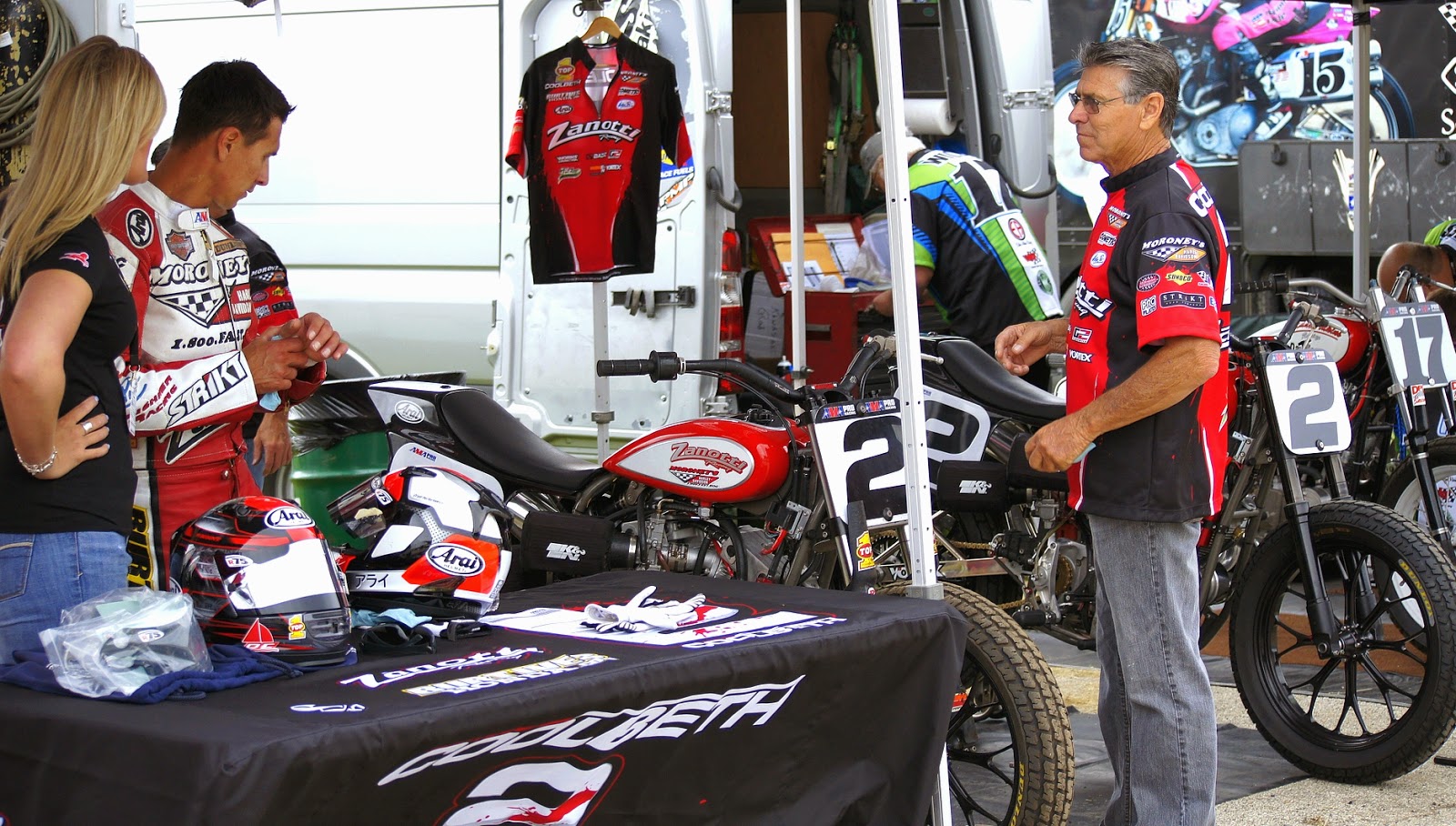 Kenny Coolbeth, Jr. took a big step today towards earning the 2014 AMA Grand National Championship in romping to the win in round 4 of the season at the Knoxville Half-Mile. Coolbeth, on his #2 Zanotti Racing/Dave Atherton-tuned Harley-Davidson XR750, set sail from the start and took the win by just shy of 3.2 seconds over runner-up and fast qualifier and pole sitter Jake Johnson on the #5 Lloyd Brothers Motorsports/Brent Armbruster-tuned XR.

Coolbeth's win was his second of the season after winning the Daytona Short Track II round on March 14, and has finished no worse than second in the last three events after garnering a lowly, for him 17th-place finish in the Daytona Short Track I season-opening race. After parting company with the Harley-Davidson factory team at the end of last year's season and a seven-year relationship with the Milwaukee-based team, the King of Cool hooked up with the Zanotti team, three time winners of the AMA Grand National Championship, and has looked all but untouchable since finding his groove in Daytona.

In the shot above, Kenny, Jr. and his lovely wife discuss strategy with Kenny, Sr. for the upcoming first qualifying session at the Springfield Mile I on May 25. Coolbeth went on to finish in second-place at the Illinois State Fairgrounds on the #2 Zanotti Racing/Moroney's H-D/Burt Ives Honda-sponsored H-D XR750.

Coolbeth now takes a eight point lead in the overall championship over Jake Johnson (80-72) heading into round 5 of the season at the Lima Half-Mile on June 28. Sammy Halbert, who finished in 3rd-place today, also now sits in the 3rd-place in the championship standings another eight points in arrears of Johnson, with today's 4th-place finisher Jared Mees another six points back in fourth place in the standings.

Full results of today's events can be found here thanks to AMA Pro Flat Track, and Cycle News has a short synopsis of the race that can be read here, and you can check out the press release below from AMA Pro Flat Track as we get geared up to do some cushion pushin' in the Ohio National Championship round of the Rolling Thunder Show as it heads to Lima, OH. on the last Saturday in June to put on another great show at another of the series' great events.