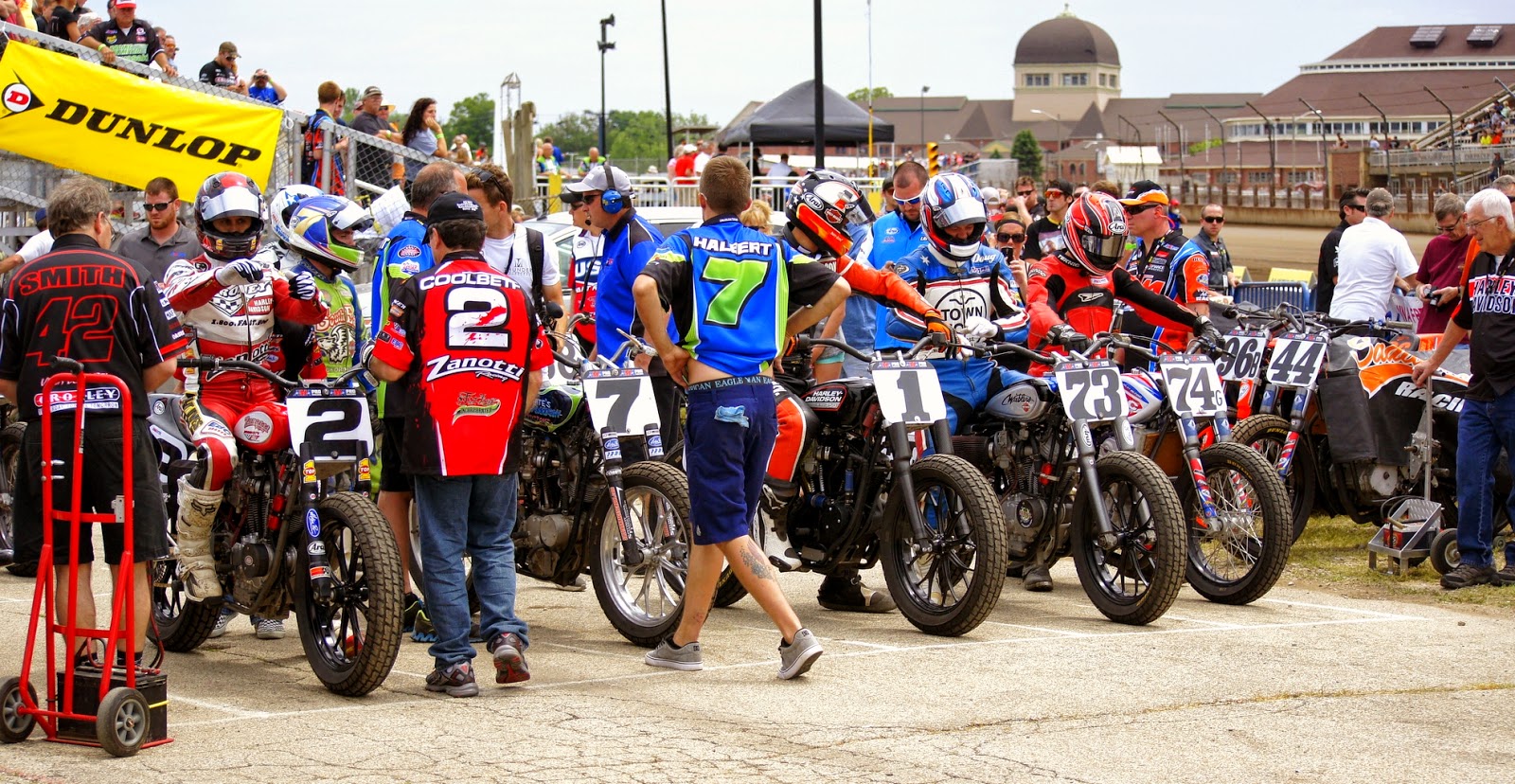 In an announcement made late last Friday, AMA Pro Flat Track announced the cancellation of the Santa Rosa Mile at the end of the season, and the Calistoga Half-Mile being moved into it's place on the series calendar for Saturday, September 27. No reason was given for the cancellation of the Santa Rosa event at the time and no word has been received as of yet for the announcement, although Calistoga Speedway should again prove to be a worthy replacement as it did when the series last visited during the 2011 season and year previous.

Just under two months ago, the Sacramento Mile was originally announced as being canceled due to lack of cooperation with the horse racing crowd which ultimately has the final say-so in track operations due to their extensive schedule at the facility. But according to very well-informed resources, the new promoters of the Sacto event did some chemical testing on the track's surface to determine that the calcium chloride used in track prep for the AMA Pro Flat Track events lost the majority of it's concentration within 48 hours after being put down, thusly negating any kind of track alterations that would have an affect on the horses that would run after the event. As a result, Sacto was saved along with the help of a new promoting group headed up by former AMA Superbike pilot and contender, Steve McLaughlin and his SMI promotions.

In the shot above, riders get ready to roll out for heat race #1 during round 3 of the AMA Pro Flat Track Grand National Championship at the Springfield Mile I on May 25.

You can see the full release below thanks to AMA Pro Flat Track on the cancellation of Santa Rosa and the replacement round at the Calistoga Speedway on September 27.

With the series having the weekend off after last Sunday's Knoxville Half-Mile, next Saturday, June 28 will see the teams and riders head to the Lima Half-Mile for their first return to the track after last year's first-ever rain out at the Allen County Fairgrounds-hosted facility in the 30 years of appearing on the AMA Grand National Championship schedule.