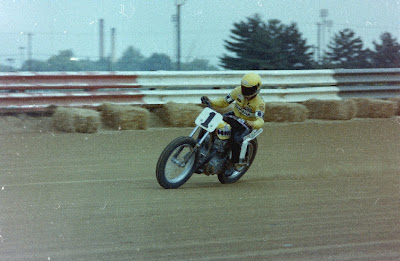 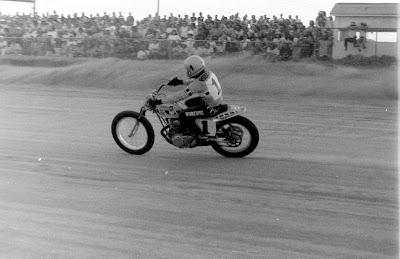 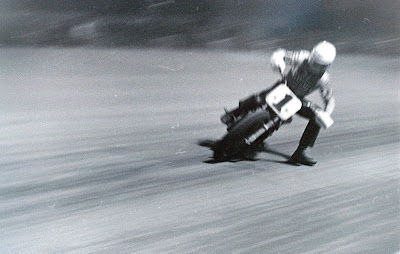 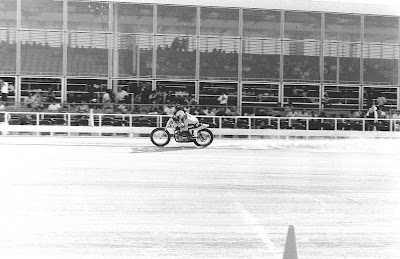 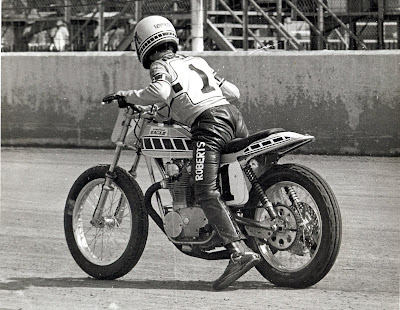 As many of you already know, coming up through the ranks of watching flat track racing
in the early to mid 70s, I had the pleasure of seeing Kenny 'The King' Roberts win
his second AMA Grand National Championship at my very first flat track race at Terre Haute
back in August of '74. Corky Keener won the race on one of Bart Markel's XR's, shared in the
normal revelry in victory lane, and then watched as I did, a virgin to the sport, as the AMA
handed the #1 plate and standard laurels to The King for clinching his 2nd Grand National
Championship that day. From that day on, I was not only hooked, but realized I was seeing
history in the making. If not re-writing of the history books as they pertained to motorcycle
racing.
Today we wish that same man a VERY Happy Birthday, and celebrate his two AMA Grand
National Championships in '73-'74, his three 500cc World Championships in '78-'80, and his
clinching of three 500cc World Championships as a team owner with Wayne Rainey in '90-'92 as well as his 250cc World Championship in '90 with John Kocinski. Among many other highlights
throughout his career. If you would like a quick synopsis of that career, read on here:
http://en.wikipedia.org/wiki/Kenny_Roberts
We want to thank The King as well for all the years, all the memories, and all the kickin' a..
and taking names he has done over the course of the last four decades. It has been a great run, and after seeing you hot lap at Indy on the TZ replica some four months ago, we can't wait to see
you back on track as an owner, or even wowwing the fans doing demo laps again soon. If not
for you, motorcycle flat track and road racing wouldn't even be a shadow of what it is today!
God Bless, Happy Birthday, and Long Live The King!
The shots for this momentous post today were taken during the '75 season at Terre Haute and
at Louisville during practice and qualifying for those events. I hope you enjoy as we celebrate
the birth of The King. Thanks for stopping by and we'll see you all next year!
Posted by Stuman714 in Indy at 2:57 PM