Larry Pegram Racing Is In for 2010 AMA Superbike 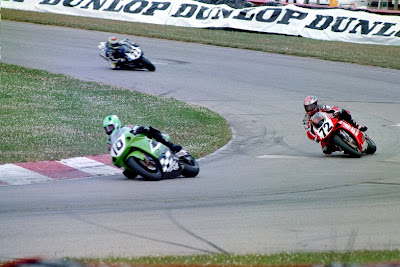 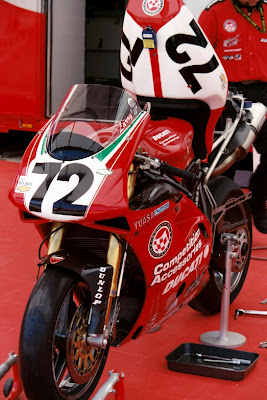 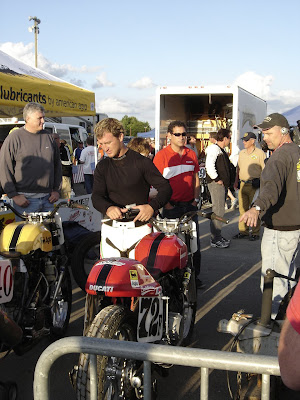 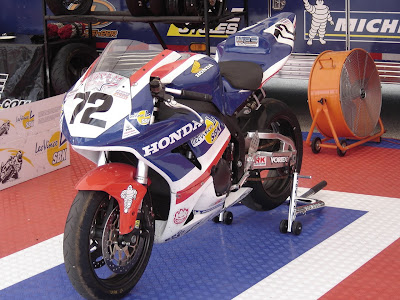 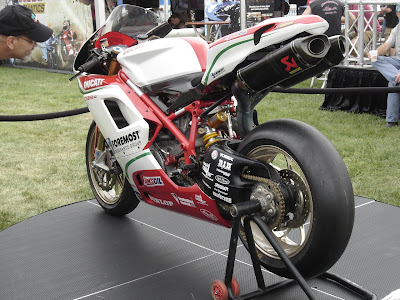 According to an official release from the great folks at www.cyclenews.com, Larry Pegram
is ready to go racing in the AMA Superbike series for the 2010 season with Ducati again.
After a decade between wins, Larry pulled off three big wins this year one of which was at
Road America, and showed strong promise in the series overall with his showing on the
Foremost Insurance Ducati. With the economy in flux the way it has been and currently is,
Pegram is taking on a big load considering as of yet Ducati hasn't officially announced any
help being thrown his way. Though more likely then not it will happen, Pegram also feels
with the strong support of his other sponsors he should be able to pull off a great effort.
You can read the official release from CN below as you check out the shots I have attached
for today.
Starting from the top we see Larry on the Competition Accessories-sponsored Ducati at Mid
Ohio during the 2nd Superbike race of the 2001 season. He's chasing Doug Chandler on the
Kawasaki factory #10 while Tommy Hayden on the Team Yamaha #22 tries to keep in touch.
We then have a shot of Larry Competition Accessories Ducati in the paddock during the AMA
weekend in 1999, followed by a shot of Larry getting his Ducati flat tracker ready for the Indy Mile back in August of this year.
And the last two shots are of Larry's Leo Vince-sponsored Honda CBR1000RR painted in the
'80s retro colors from a paddock shot at Road America in '06, and finally the Foremost Insurance
sponsored Ducati from the '09 season that was on display during MotoGP weekend back
in August of this year.
Congrats to Larry on not only a super year. He's been around the road racing and flat track
scene since the early '90s and is finally tasting and feeling the success that has eluded him on
a high, let alone regular level that he has deserved. Always one of the nice guys in the paddock--
and when hanging and partying with the fans in the campgrounds--it's good to see him doing
so well. We wish him all the luck in his pursuit of the AMA Superbike Championship for the
2010 season and also hope to see him at some dirt tracks kicking it up as well!
Thanks for coming by to hand out with us and we hope you can come back by again soon!
http://www.cyclenews.com/articles/road-racing/2009/12/03/pegram-going-racing
Posted by Stuman714 in Indy at 4:38 PM